Cigar aficionados worldwide know the comfort of enjoying a fine handcrafted cigar. The most expensive cigars are often associated with wealth and luxury, and sitting back to smoke one conveys quiet confidence. The market for premium cigars continues to prosper.

Premium cigars are rolled by hand using whole tobacco leaves, ensuring the smoker has a pure experience. The quality of tobacco also determines whether a cigar is considered premium. Cuban cigars are world-famous; Cuba’s best tobacco comes from the Pinar del Rio region. All of the above influences the cost of premium cigars.

How much would it set you back to enjoy the most expensive cigars in the world? We’re going to answer that question in this article. If you’ve got money to burn, one of these just may be the Cigar you’ve been looking for.

Here’s a list of the 15 most expensive cigars in the world: 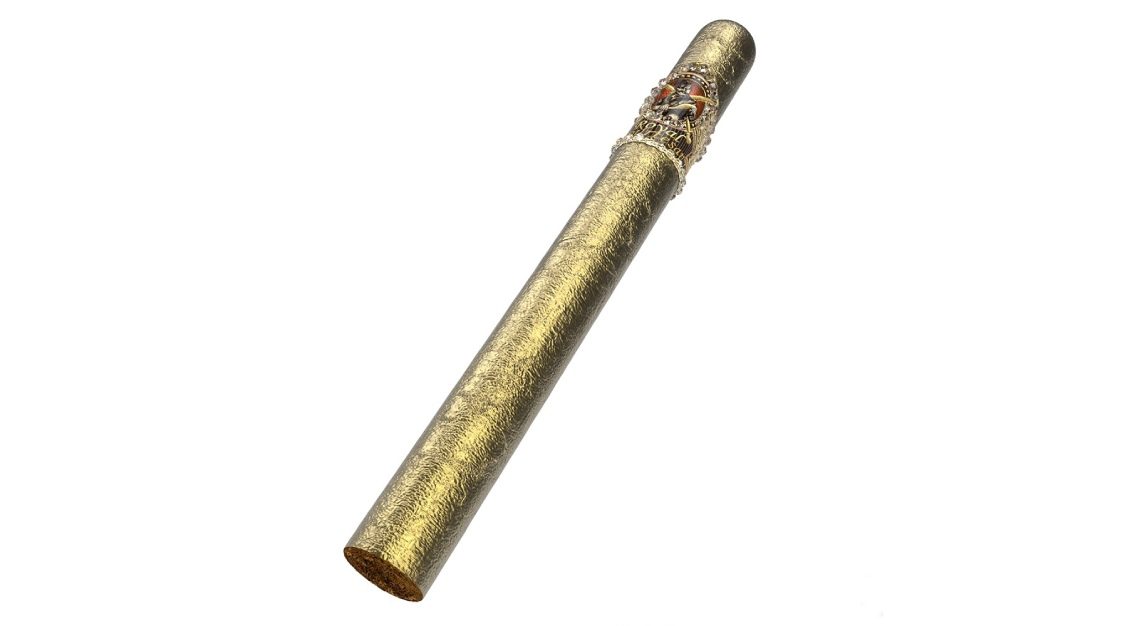 These cigars define luxury. Blindfolded (yes, really!), professionals hand roll these cigars allowing their senses to guide them as they craft this extravagant Cigar. The burning question is, what do you get when you pay over a million dollars for a cigar?

With Gurkha’s Royal Courtesan, you’re getting handcrafted cigars that are made from an extremely rare stuffing only found in Nepal’s Himalayan Mountains. The stuffing is watered with pure Fiji water. The tobacco is infused with Remy Martin’s Black Louis XIII cognac, which costs $165,000 per bottle.

That’s not all. Next, the cigars are wrapped in gold leaf. It is all held together with a five-carat diamond-encrusted band.

At $1.36 million, this makes Gurkha Royal Courtesan the most expensive cigar in the world

Do you have a sweet tooth? If so, Le Chocolate Box at $1.5 million per box pairs nicely with the Gurkha Royal Courtesan. 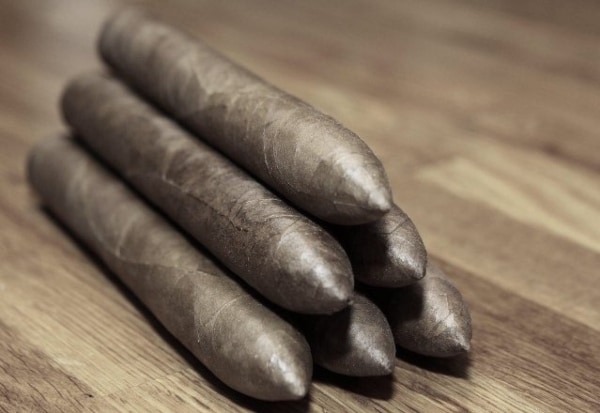 The second most expensive Cigar on our list is the world’s oldest Cigar. The Mayan Sicar dates back to the 12th century. The Mayan civilization brought these cigars to the world. A group of archaeologists from Tampa University discovered these cigars in Guatemala in 2012.

Why are these cigars so costly? Age. These cigars are well-preserved, believe it or not. After 600 years, they’re still considered safe to smoke. 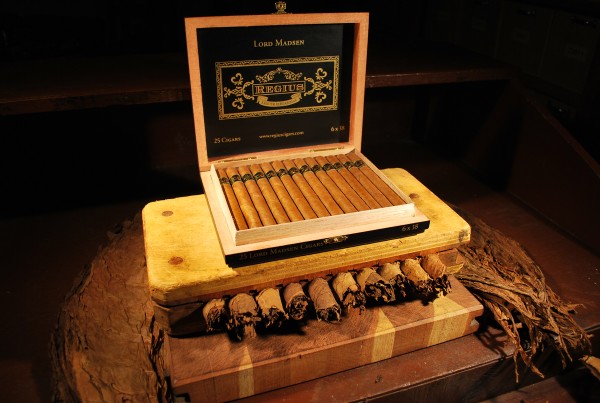 Regius Cigars in Nicaragua produce this premium cigar. Your 52K doesn’t only get you the medium body full-flavored double corona, but also a trip to Regius Cigars’ Nicaragua headquarters, a guided tour of the factory with CEO Akhil Kapacee, and 1,000 custom rolled smokes. Talk about a full-service experience! 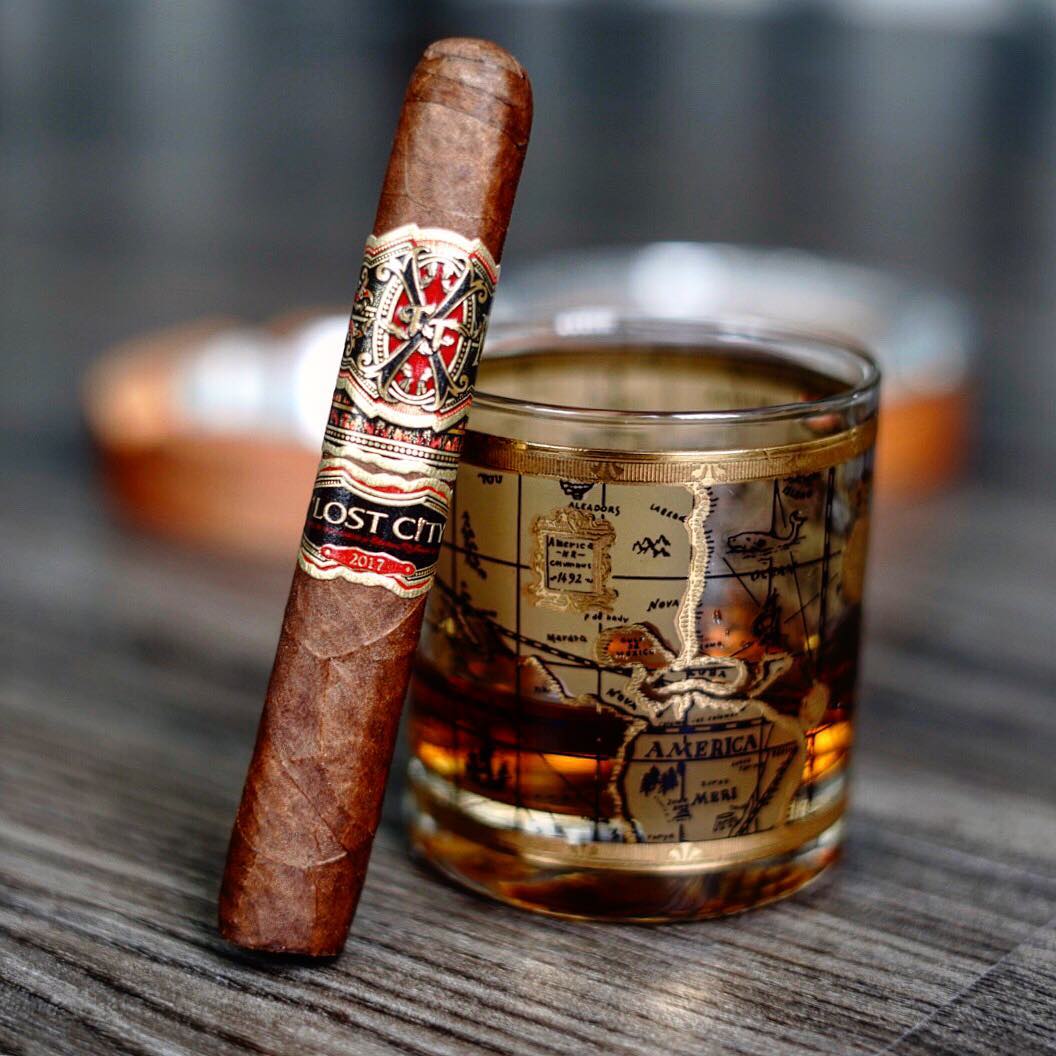 Are you royalty, wannabe royalty, or simply someone with a ton of extra money to burn? If you’re any or all of the above, this could be your Cigar. Living up to its name, this is a luxury cigar fit for a king. Made with the finest tobacco, the King of Denmark is wrapped in gold foil and dotted with Swarovski crystal. The buyer’s name is also engraved on the Cigar.

Up to 30 of these cigars are made daily, making it a rare find, and contributing to the King of Denmark’s high price tag.

What goes well with a cigar fit for a king? How about a nice cold Allsopp’s Arctic Ale, which sells for $503,300 a bottle. 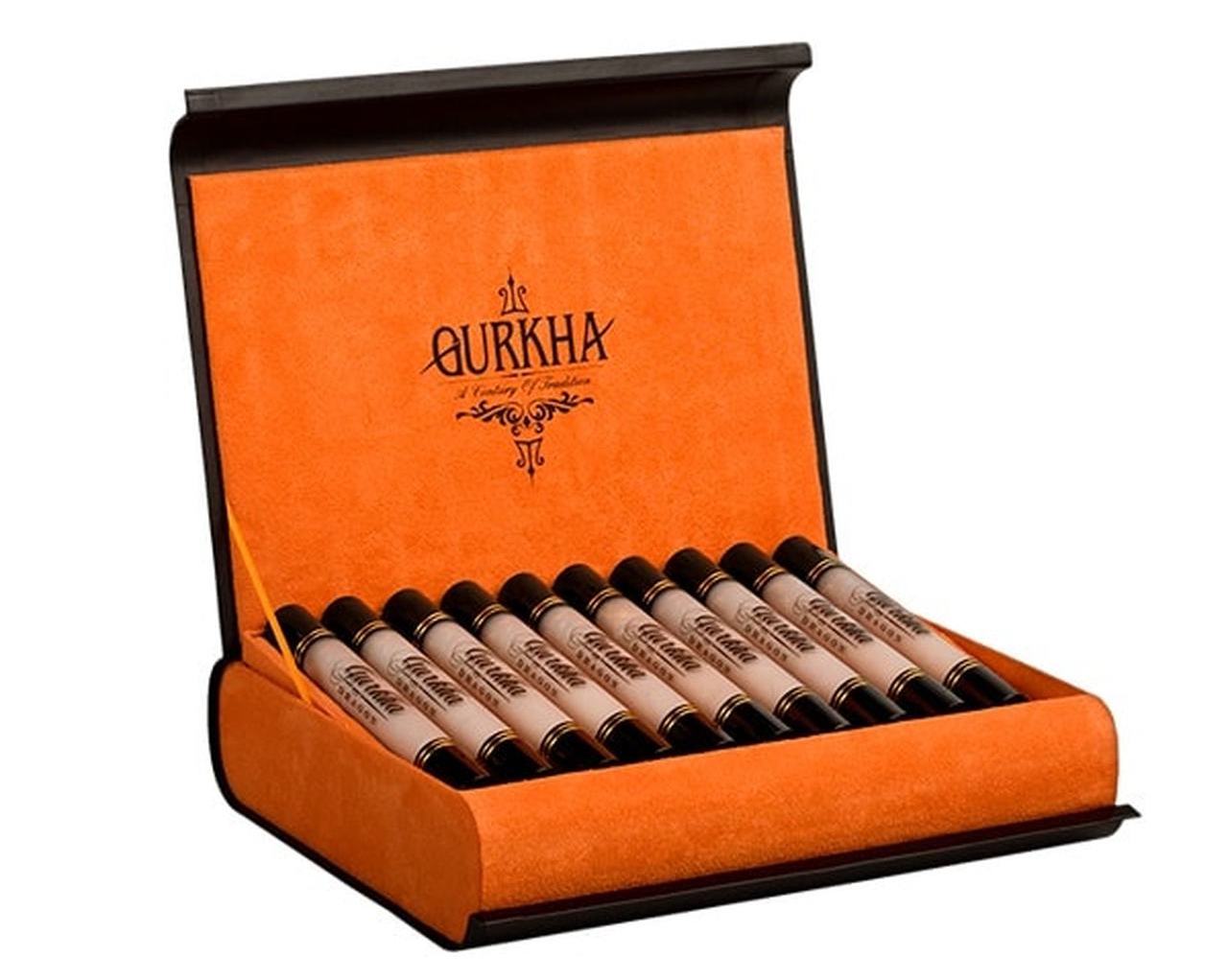 This is the Gurkha brand’s second appearance on our list. If you don’t have a cool million to spend on a cigar, perhaps the Gurkha Black Dragon will be more your speed. This limited edition was released in 2006. Therefore, they are difficult to find today.

The cigars measure 8.5 by 52 inches. The case housing these cigars is carved from camel bone. The cigars come wrapped in a wrapper made from Connecticut Broadleaf Maduro. The binder is Cameroonian, and the filler hails from the Dominican Republic.

As you smoke the Cigar, it initially produces a sour flavor; later, the flavor becomes sweet. 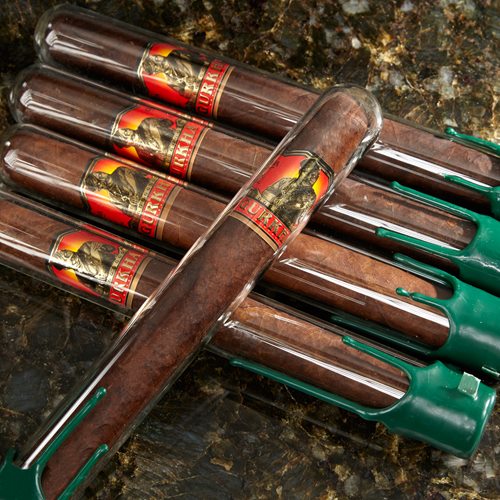 This is Gurkha’s third and final appearance on our list. His Majesty’s Reserve (HMR) is famous for its exquisite taste and its high price tag. However, $750 per Cigar doesn’t seem all that expensive compared to what we’ve already seen.

Gurkha’s HMR is known as the Rolls Royce of cigars for a good reason. This Cigar’s wrapper is made of Connecticut Maduro. Its 12-year-old Dominican binder and filler are aged with an entire bottle of Louis XIII cognac. Only 75 boxes of these cigars are made each year. 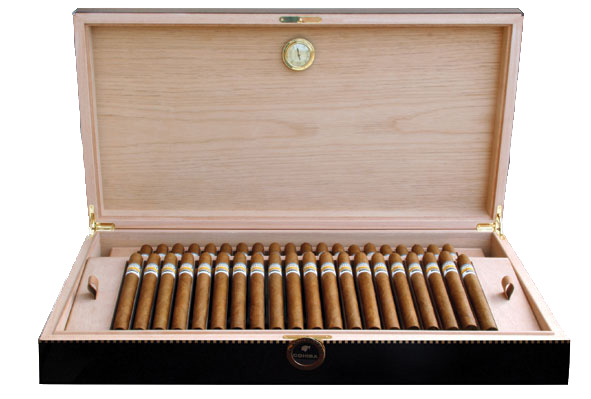 These premium cigars hail from Cuba. They are one of many limited edition cigars featured on this list. This edition was released in 2006 to mark Cohibida’s 40th anniversary, with only about one-hundred boxes sold. Unfortunately, it’s sold out on most online retailers. If you do find the Cohiba Behike, you’ll likely pay more than its original $470 price tag.

These cigars are made with a touch of the rare Medio Tiempo tobacco, the small leaves that grow atop some Cuban tobacco plants. This is what imbues the Cigar with its robust flavor. Its limited supplies and the Medio Tiempo leaves influence this Cigar’s price. These are among the most expensive Cuban cigars available.

What would go well with a cigar of this caliber?  Enjoying a rich cup of Black Ivory Coffee, which goes for $1500 per pound. 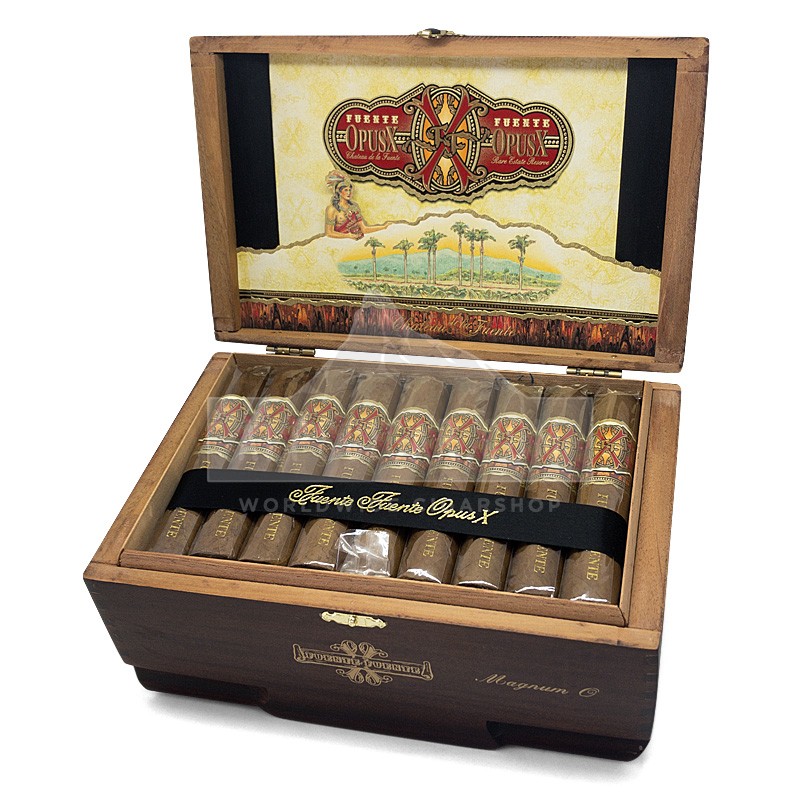 This Dominican Cigar is among the most sought after premium cigars in the world. Before the 1990s, The Dominican Republic was considered unsuitable for growing quality wrapper tobacco. Grown with Cuban seeds, the Arturo Fuente Opus X changed everything.

This Cigar has an unmistakable and unique taste considered impossible to duplicate. This Cigar has a leathery taste with a hint of red pepper. These rare cigars are in great demand, which keeps their price high. 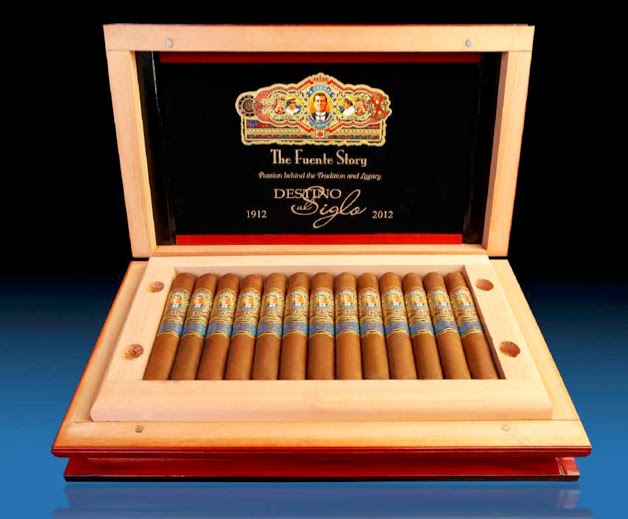 Another rare find, the Fuente Don Arturo AnniverXario, as the name suggests, was released to commemorate the Fuente Cigar Company’s 100th anniversary. The company initially planned to release the cigars yearly, beginning in 2002 to mark the 100th anniversary, but the plan was scrapped due to various production delays. Instead, these cigars were released only in 2008.

This Cigar is wrapped in cedar, giving it a unique taste composed of pepper, cinnamon, and other spices. 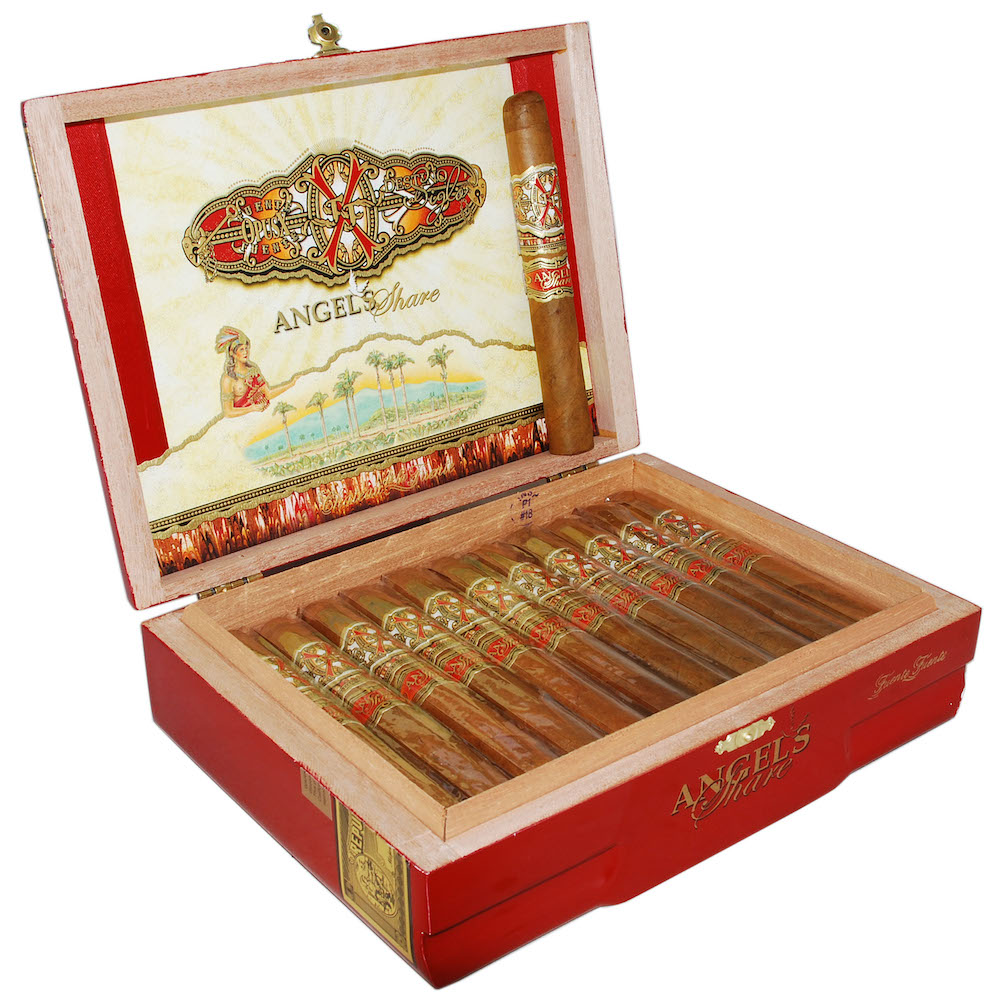 Arturo Fuente makes a second appearance on our list with the “A” version of the Arturo Fuente Opus X. This Cigar is notable for its size, measuring over 9 inches long. This is a humongous Dominican puro. Don’t be surprised if people do a double-take when you sit back to smoke this one. Its size sets it apart from average-sized cigars.

Opus X is one of the highest-rated cigars with good reason. The full-bodied flavor has a smooth yet bold flavor. High demand and limited supplies keep this Cigar’s price relatively high. 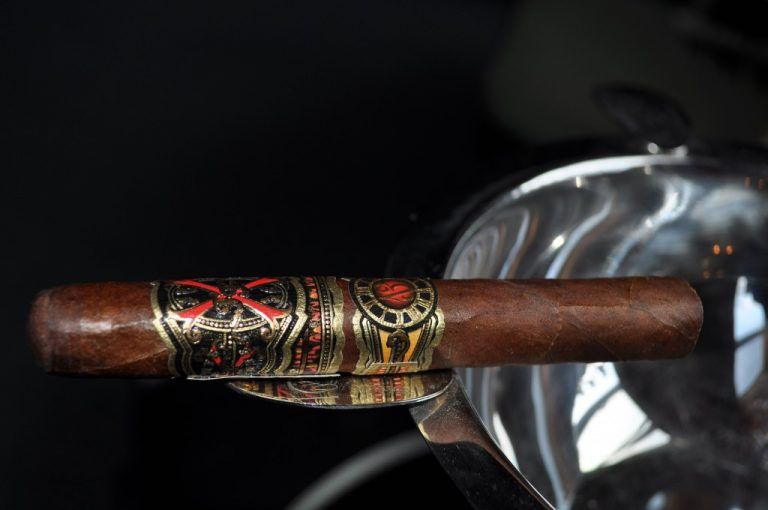 The last and final Arturo Fuente cigar on our list is a rare find. The BBMF in this Arturo Fuente Opus X stands for big bad mother … we’ll let you finish the rest. The name comes from the fact that these are huge 7-inch cigars. These limited edition vintage cigars are released twice a year in the spring and fall.

This Cigar is known for its robust combination of flavors that keep you hooked until the very end. You’ll have a hard time finding the Cigar for $55, given its high demand. 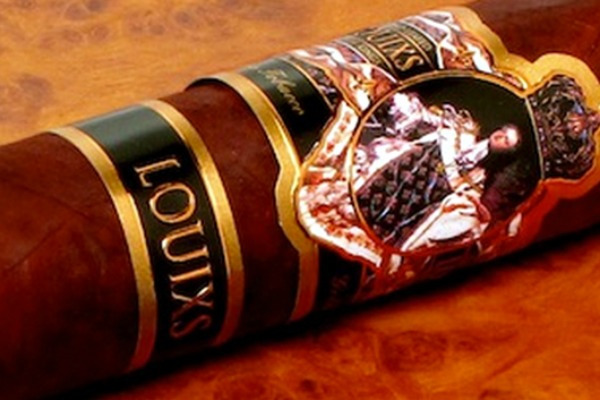 These premium cigars are hand-rolled in the rare rosado leaf. The Goldwin Cigar’s named the Louixs for French King Louis XIV. We’re sure the Sun King would be proud to have had these cigars named in his honor. His portrait is included on the Cigar.

These hand-leafed cigars are produced in Nicaragua and rolled by professional Cuban born rollers. These smokes will last a full 90 minutes. The wrappers are Rosado, and they were created for the Beverly Hills Cigar Club. 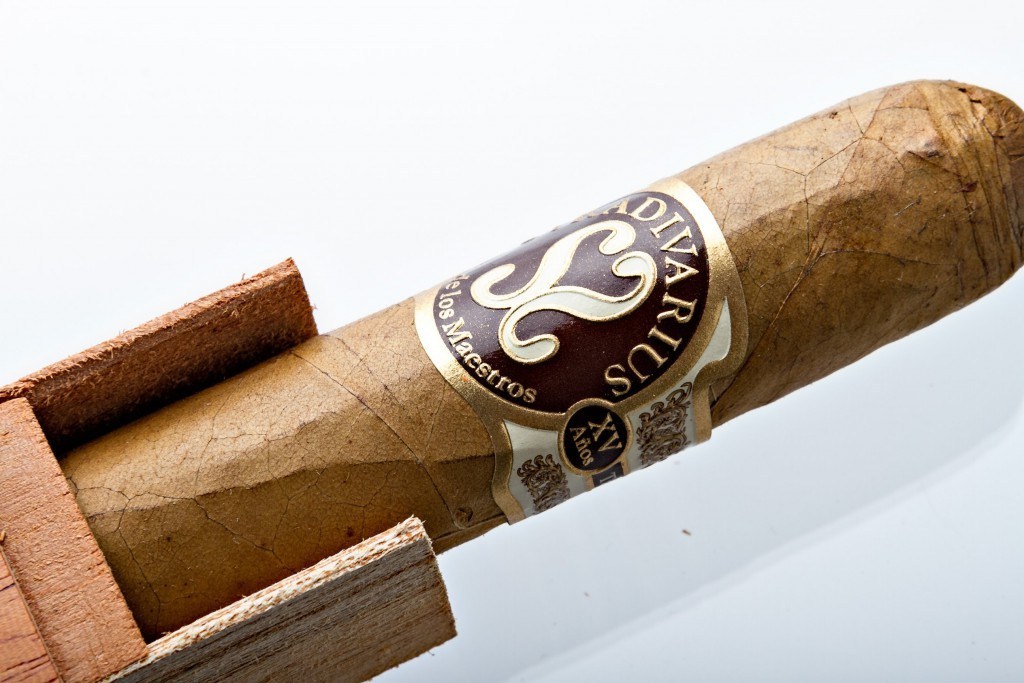 We have finally arrived in the “I can afford that cigar without draining my bank account” category. While the Stradivarius Churchill’s price and the remaining cigars on this list are considerably lower, these continue to be premium cigars.

These cigars typically come in boxes of ten. Made of a tobacco blend from the Dominican Republic, Honduras, and Nicaragua, the Stradivarius Churchill is known for its cedar aroma. This blend gives it a unique but mild taste. Some have compared the flavor to coffee beans with a touch of sweetness as it is smoked. The Cigar is rolled in a Dominican Habano seed leaf. 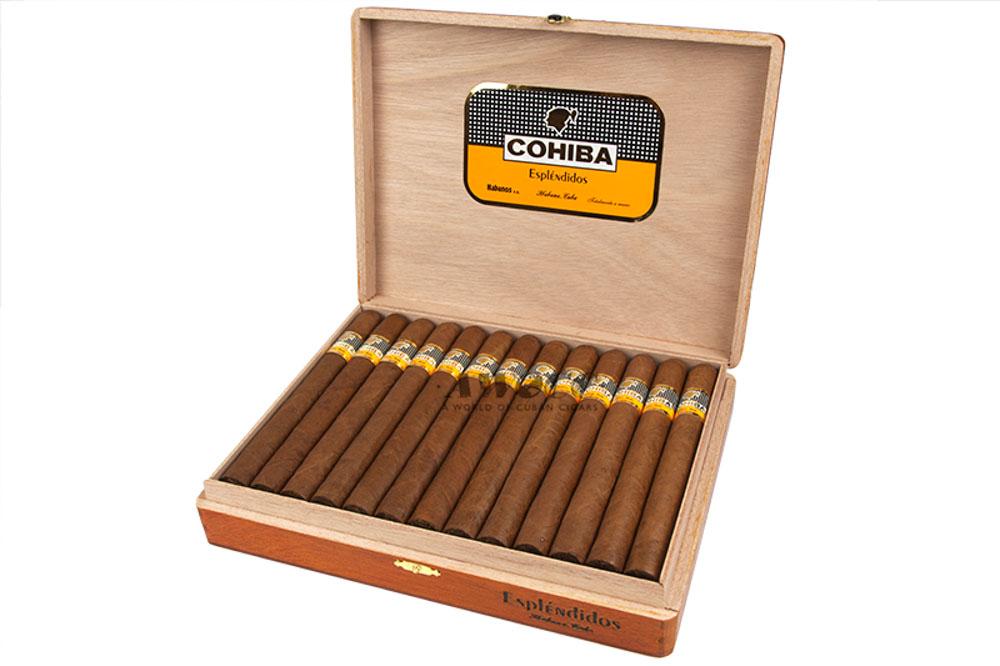 This is the second appearance of the Cohiba brand on our list. Cohiba is among the most well-known cigar brands in the world, dating back to the 1960s. Cohiba is known for producing some of the finest cigars in Cuba and the world.

This Cuban Cigar has a bold and deep flavor with a hint of sweetness and spice. The Cohiba Esplendido is notable for being a favorite of Fidel Castro. 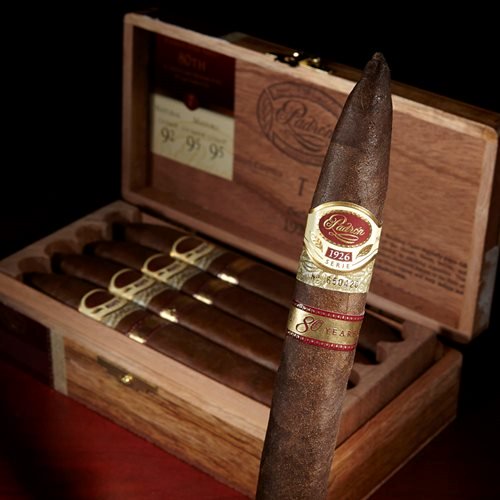 Another limited release, only 100,000 of the Padron Serie 1962 80 Years are produced annually. The wrapper, filler, and binder are Nicaraguan. This brand was founded in 1964 by Cuban American José Orlando Padrón after he immigrated to the US. He hoped to recreate the Cuban cigars of his youth.

This Cigar was released to honor Padrón on his 80th birthday. The Cigar boasts the company’s well-known flavors, including coffee, nuts, cocoa, orange peel, and a bit of spice. The company uses aged leaves, making about 300 cigars a day. If you’re able to find one of these, consider yourself lucky. They are well worth savoring.

There you have it, a list of the 15 best cigars in the world — or, at least, the most expensive. One characteristic of all the cigars on this list is they’re produced in limited quantities and difficult to find. As you’d expect, these cigars are made with the finest ingredients available. Most of them are hand-rolled by professionals with years of experience in the cigar industry.

People are willing to pay for high-quality cigars and a premium smoking experience, as evidenced by some of the most expensive smokes on our list. Most of us mere mortals will never get to enjoy the pricier cigars, but there are a few brands within reach as we go down the list.

Smoking a premium cigar is an experience that involves all of your senses. Whichever Cigar you choose, be sure to take your time and savor the journey.

14 Most Expensive Brandies In The World

The 12 Most Expensive Mushrooms In The World

The 11 Most Expensive Banjos In The World