The most expensive beers most often have very limited availability in addition to unique aspects of production.

Usually, it’s champagne and fine wine that makes headlines about extravagant cost, but beer can also pack a pricey punch. From a beer brewed with barley from outer space to a beer brewed following a recipe found in Queen Nefertiti’s tomb, these beers require fans of unique beers to open their wallets wide.

Many of the beers listed here are only available to the most determined collectors. But all of these beers offer a unique flavor or a unique connection to someplace in this world (or for two beers on this list, someplace literally out of this world) that makes lovers of unique beers ignore the cost.

Beer bottle and beer can sizes are anything but standardized.

Craft beer makers are increasingly making their brew available in cans, but around the world, beer that is not on tap is most often available in bottles. Typical sizes of bottled beer include:

In the United States, beer in cans comes in:

We didn’t try to reconcile these different measurements into a single price per liter or price per ounce. Instead, we are presenting the price per bottle, even if the beer is only offered in six-packs. All prices are listed in US dollars calculated at the rate of exchange at the time of the most recent sale, if applicable.

Here are the 21 most expensive beers in the world 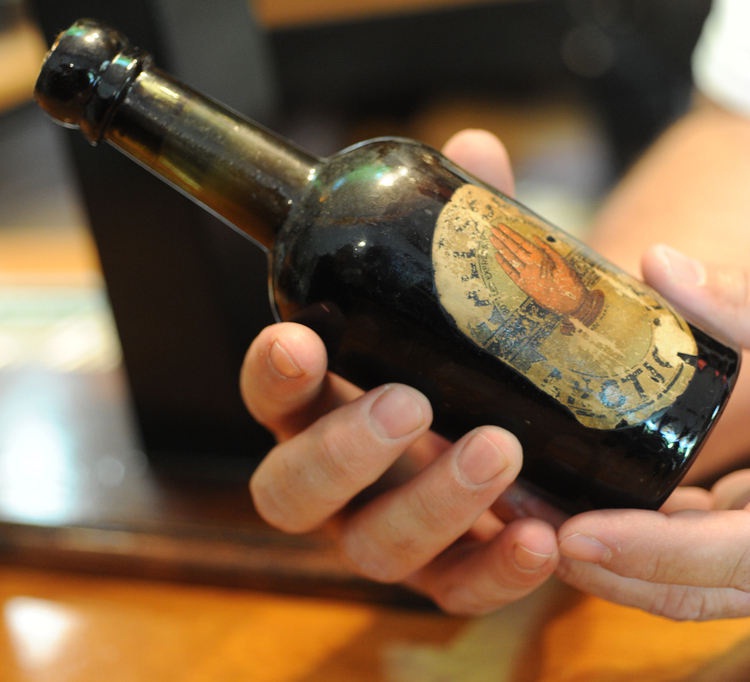 This bottle of beer was brewed in Staffordshire in England in 1875 for an expedition to Antarctica led by British explorer Sir George Nares. Almost 140 years later, a case of the beer was found in a garage in Shropshire. The finder placed a bottle of the beer in an auction at which it unexpectedly fetched a price of $933. But the price went up very substantially from there.

When a bottle from the discovered batch was first listed on eBay, the seller misspelled the name of the brewer as “Allsop’s,” and the bottle only brought $304. A few weeks later, the buyer listed the same bottle of ale with the correct spelling “Allsopp’s” and got a mind-blowing bid of $503,300 after 157 bids from 56 unique bidders. 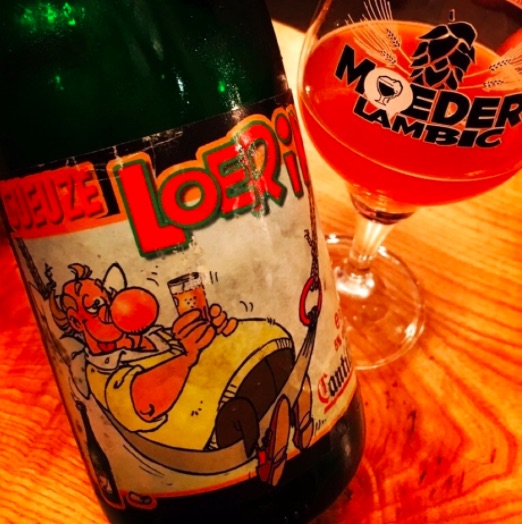 Cantillon Loerik was a one-off production of beer aged ten years. It is a gueuze beer, made by mixing one-year-old and three-year-old lambic beers. A single bottle sold for $2583 at auction. 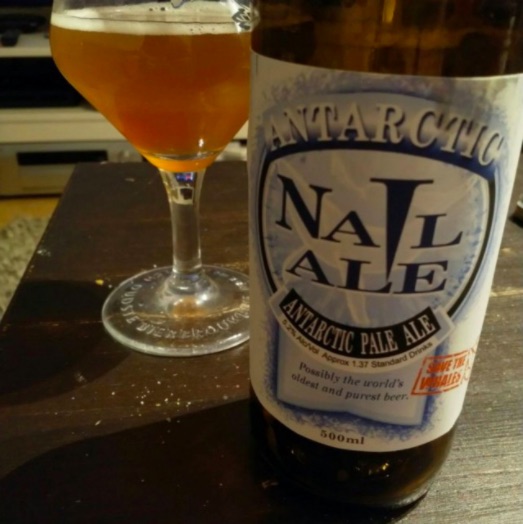 Number three on our most expensive beers list is Antarctic Nail. What water could possibly be purer than Antarctic ice water? The Jarrah Jacks Brewery in Pemberton, Western Australia, made just 30 bottles of this beer from water melted from ice collected by the of the flagship of the Sea Shepherd Conservation Society. The ice was sent by helicopter to Tasmania to be melted, and then the water was transported a continent away to Pemberton for making the beer. 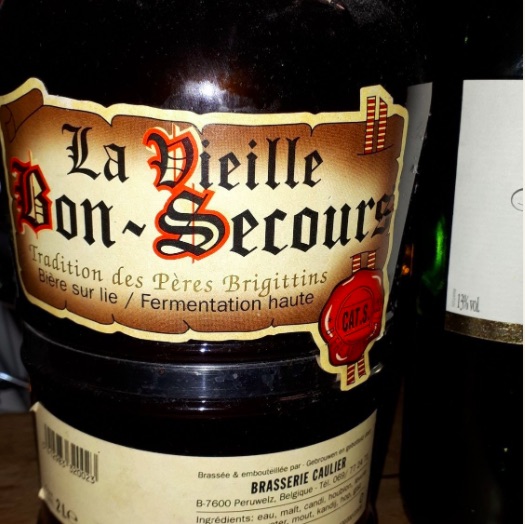 A 12-liter bottle of this exceptional Belgian beer discovered in the basement of London’s Belgo Restaurant in 2009. It sold for the equivalent of US $1165. However, the beer is now available on tap for just $33 a pint. 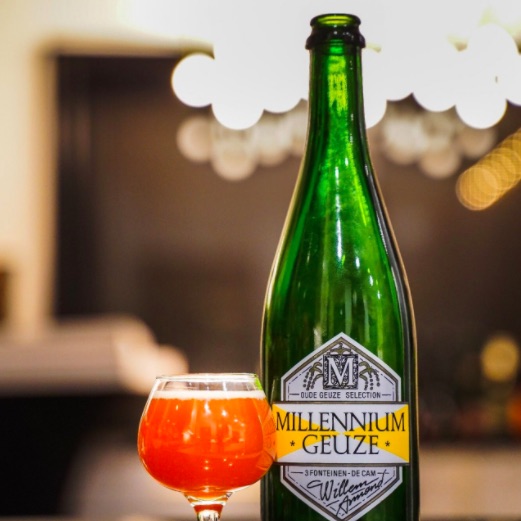 Belgian brewers De Cam and Drie Fonteinen created this luxury beer to celebrate the new millennium in 2000. A bottle of this beer sold several years later at auction for $924. 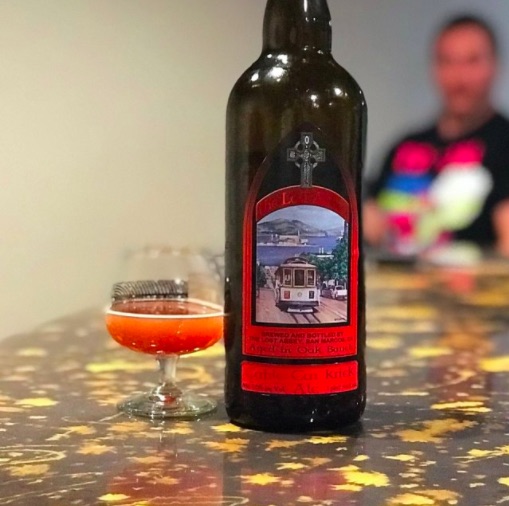 This California ale is said to have the flavor of cherries even years after it was bottled. The last known bottle of this American Wild Ale was sold at auction for $923 by Skinner Auctions. It may be very difficult to find a bottle of this fine ale, but Lost Abbey has other selections praised for its complex fruit flavors, low acidity, and well-rounded drinkability. 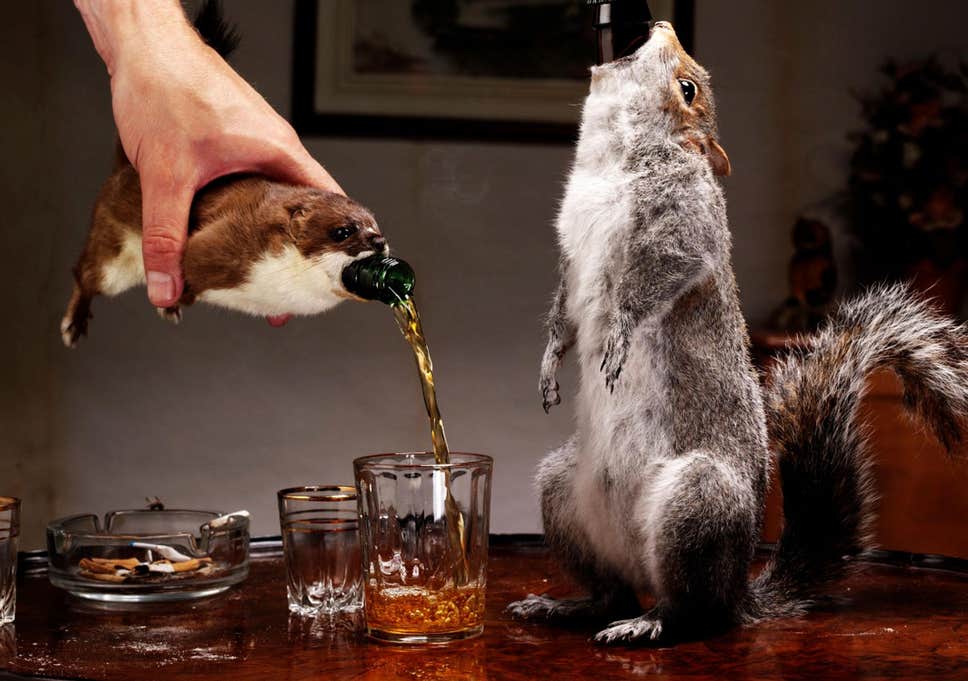 What kind of beer would you want to help you get through the end of the world as you know it? Would a beer that is 55 percent alcohol fit the bill?

This 2010 release from BrewDog Brewery in Scotland is a Belgian ale named after a book written by philosopher Francis Fukuyama. It was brewed with fresh juniper berries, and nettles gathered in the highlands of Scotland. BrewDog thought of it as the high-alcohol beer to end all high-alcohol beers, but other beers have been made since with higher alcohol content. Only 11 bottles of this beer were ever produced. 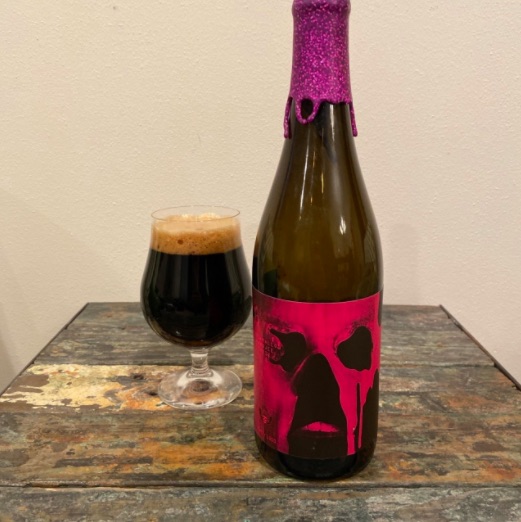 A tiny brewery in Muenster, Indiana, named 3 Floyd’s brews this amazing stout in a variety of whiskey barrels with vanilla beans. The result is a thick beer with flavors of bourbon, chocolate, marshmallows, and vanillas, every year’s production just a little different, keeping fans coming back for more of the limited supply. 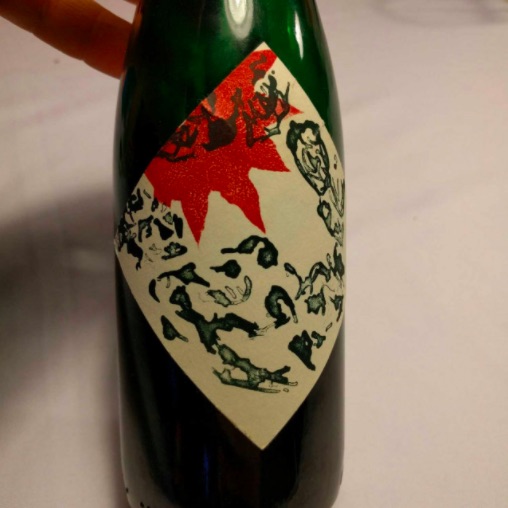 The world-renowned Nomo restaurant in Copenhagen is a leading center for the study of creating new flavors through fermentation. Their efforts inspired Danish brewer Carlsberg to produce a uniquely flavored beer they described as “barley wine.” Said head brewer Jens Eiken:

“It started out as a crazy wish to create a new type of beer that no one had ever tasted before. During the aging process, using new barrels, hundreds of chemical reactions take place. We don’t know what all the reactions are, but the end-product tastes wonderful.”

Only 1000 bottles of the beer have ever been made. They are sold among collectors and at several restaurants in Copenhagen. 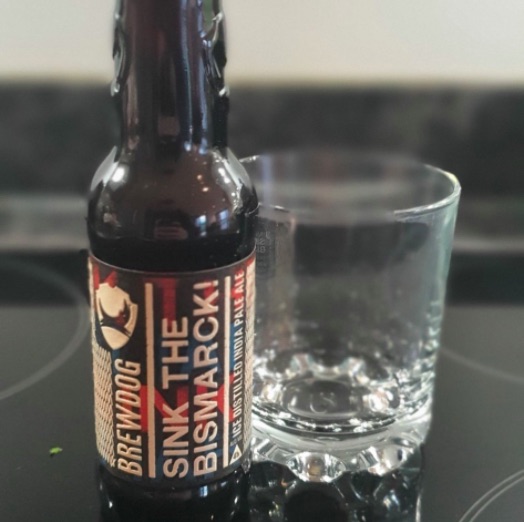 The Schorschbräu brewery in Germany released just 36 bottles of this intensely flavored, high-alcohol (57.6 percent by volume) beer in 2011. It is an Eisbock beer made by freezing off a portion of the water in the beer and removing the ice to concentrate alcohol and flavor. 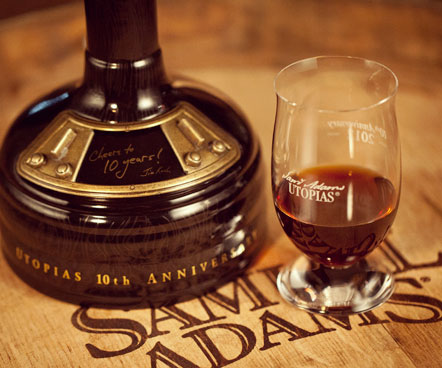 Samuel Adams’ Utopias is the most expensive beer produced in the United States. The venerable beer is made with Moravian, Vienna, caramel, and Bavarian smoked malts and Hallertauer Mittelfrüh, Spalter, Saaz, and Tettnanger hops.

Batches are released in even-numbered years after they have been aged in Cognac, Port, and Scotch barrels for 18 months. The limited-edition brew is presented in a ceramic bottle resembling a copper brewing kettle. 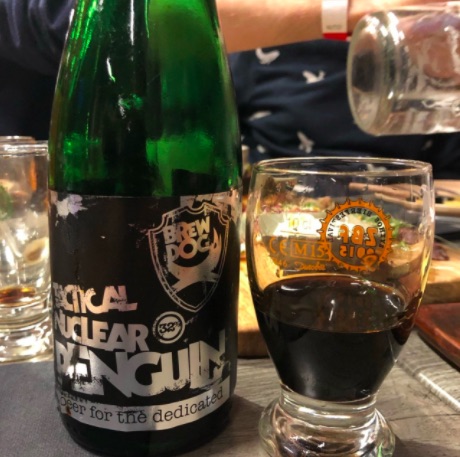 What would earn the epithet “Tactical Nuclear” for a beer? BrewDog Tactical Nuclear Penguin Beer has the world’s highest content of alcohol by volume for any beer in regular production, 32 percent. (Schorschbock 57 by Schorschbräu has a higher alcohol content, but it was a limited edition.) And what would identify beer with Penguins?

BrewDog Tactical Nuclear Penguin Beer because it is produced by an intensely cold brewing process called “chill and skim.” Then it aged eight months in whiskey barrels in freezing temperatures. (Alcohol lowers the freezing point of the beer, so it stays liquid.) Then the beer is aged another eight months at nearly freezing temperatures in a cask from the makers of Islay scotch.

Finally, the beer is stored for three weeks at -20° C (-4° F). During those three weeks, the brewery’s engineers decant beer periodically so that only ice remains, concentrating flavors as the beer reaches its final alcohol concentration of 32 percent.

14. Papier by the Bruery 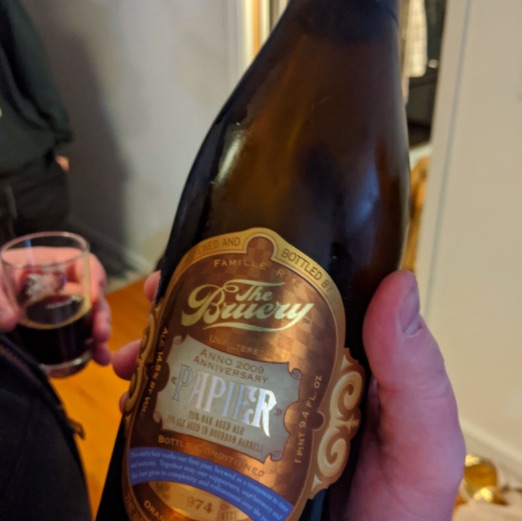 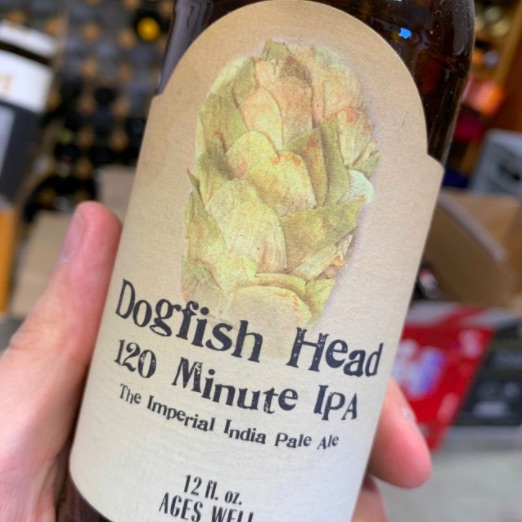 Price: $86 a bottle, including shipping

This American beer is boiled for 120 minutes and then fermented with continuous addition of hops for a full month. More hops are added while it is aged for a second month. 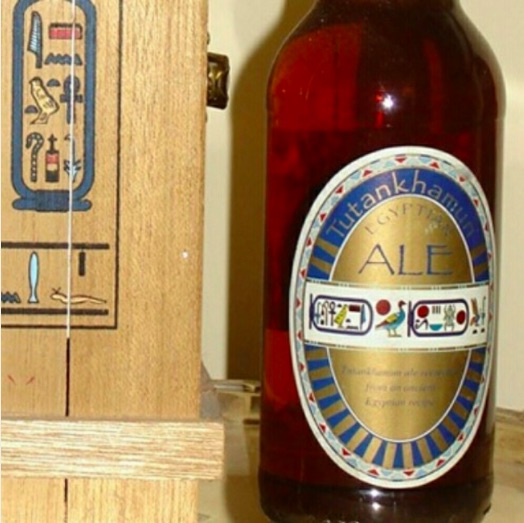 In 1990 British archaeologist Barry Kemp discovered a 3,250-year-old recipe in Queen Nefertiti’s brewery in ancient Egypt. Dr. Kemp’s team found ten brewing chambers in the remains of the royal brewery under layers of Saharan sand, each containing traces of ancient beer. Analysis of the papyrus scroll and the traces of beer led to teaming up with Scottish brewer Jim Merrington to reproduce the ancient beverage. 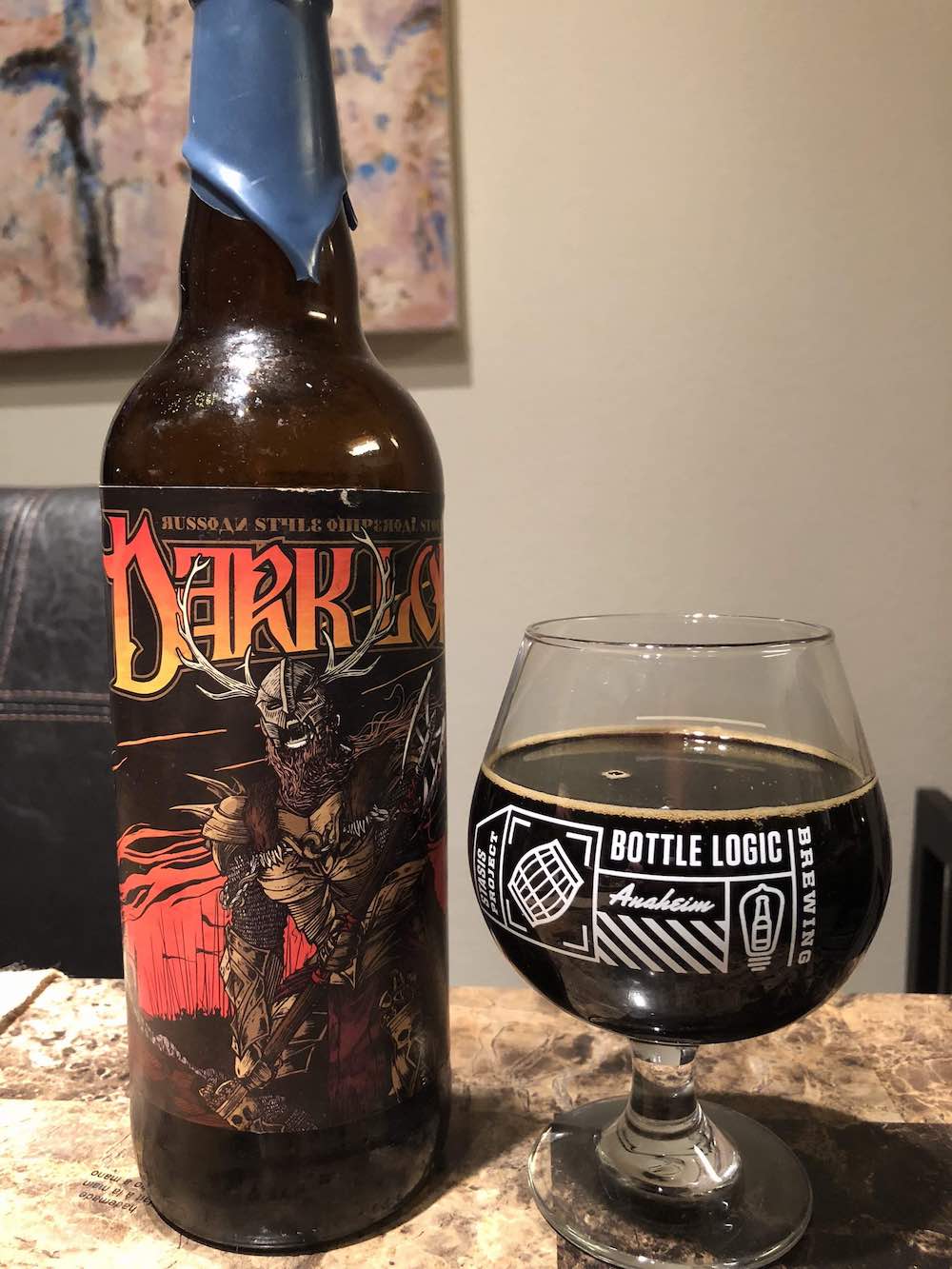 Dark Lord is a product of 3 Floyds Brewery in Muenster, Indiana. A hefty 15 percent alcohol by volume, it is brewed using Indian sugar, coffee, and Mexican vanilla. Dark Lord is produced a barrel at a time, each batch aged in a different barrel for a slightly different flavor. Dark Lord is such a locally popular brew that you pretty much have to be in Muenster, Indiana, to get a bottle, but it would be worth checking out if you ever pass through. 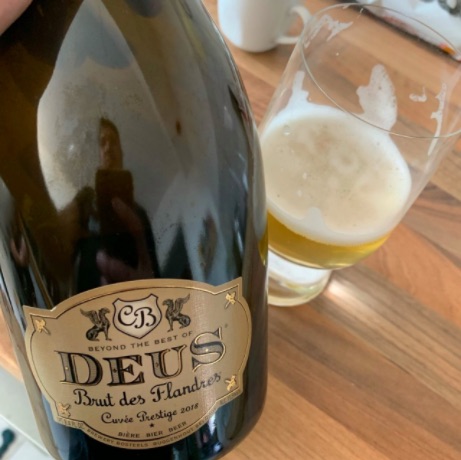 This beautifully golden product is a Bière Brut style beer brewed by Brouwerij Bosteels in Buggenhout, Belgium, It is brewed in Belgium but goes through the traditional process of traditional “remuage” (riddling, or mixing with hops) and “dégorgement” (withdrawal from barrels into bottles) in France like a fine wine. 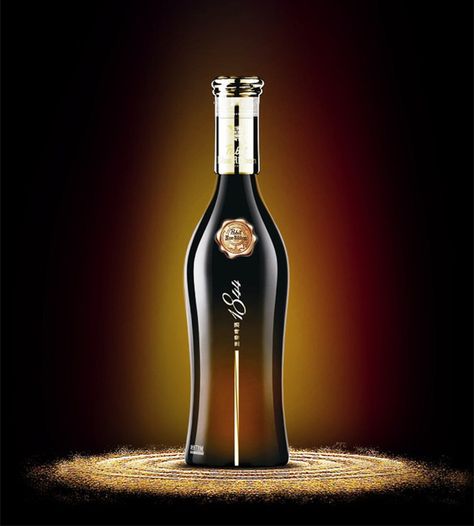 In America, we tend to think of Pabst Blue Ribbon as the maker of cans and tallboys filled with inexpensive beer. But in China, Pabst Blue Ribbon 1844 is a luxury item. Pabst Brewery in China takes the familiar recipe used in the United States and adds German caramel malts, and then ages the beer in charred American oak barrels. 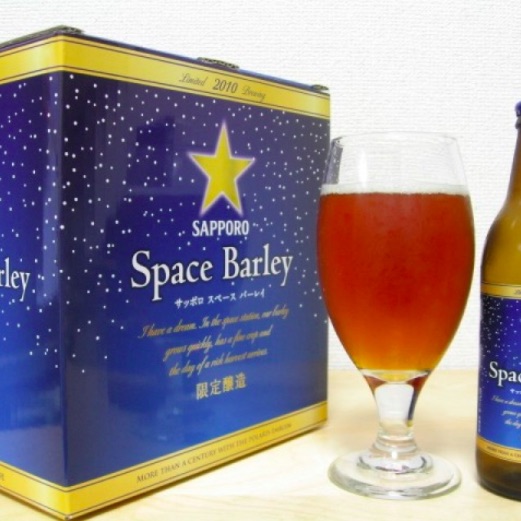 Sapporo’s Space Barley Beer cost $17 a can, but it was a relative bargain considering one of its ingredients had to be imported from outer space.

In 2006 scientists at the Russian Academy of Sciences and Okayama University in Japan sponsored a series of experiments to see how barley seeds would germinate in zero-gravity conditions. Barley was sent to the Zvezda SOLUT DOS-8 module of the International Space Station, where scientists observed four generations of growth. The fourth generation of the extraterrestrial barley was brought back to Earth, and Japanese brewer Sapporo used it to make the world’s first “space beer.”

Only 250 six-packs of Sapporo’s Space Barley were ever produced, and they were made available to Japanese citizens only, through a lottery. The brewery donated proceeds from the sale of the space beer to a space science education project for children in Japan and Russia run by Okayama University. However, Sapporo Space Beer was not the only beer with a connection to outer space. Please see our entry on Vostok Space Beer, below. 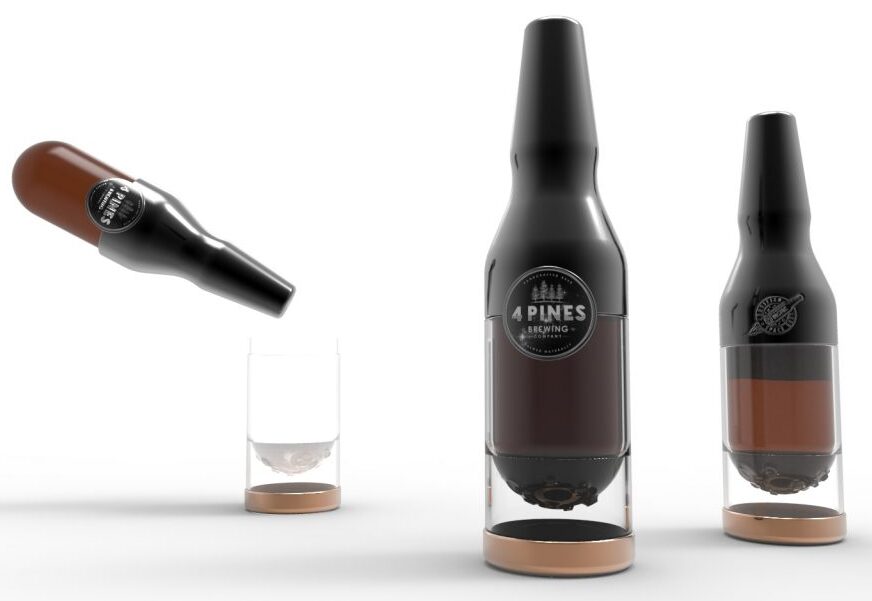 Price: $15 a bottle, including shipping (from Australia, not from outer space)

Naming their product after the spacecraft piloted by Russian cosmonaut Yevgenii Gregarin in 1961, they worked for over eight years to create a quality beer in a unique container.  Unlike Sapporo Space Barley, Vostok Space Beer isn’t made with barley grown in outer space, but it is in a container tested on a “vomit comet” ride that allowed them to test their bottle design.

Vostok Beer can be drunk from the bottle at zero G. It does not have to be squeezed from a pouch.  And it is good enough to have won Champion Stout at the Australian International Beer Awards in 2012. Vostok Space Beer is the only beer you need whenever (and if ever) you travel to a zero-gravity environment.

The 17 Most Expensive Tequilas In The World

Here’s Why Sushi Is So Expensive: A Deep Dive Into The Costly Craft

The Money Behind Macarons: Industry Trends And Those Capitalizing