The most expensive cellos in the world are made by world-renowned luthiers. These cellos are crafted with the finest materials, and many come with quite an interesting story.

The cello has been around since the 16th century and was invented shortly after its smaller relatives, the violin and viola. Often called the “Big Viola,” the cello is known for its deep and rich sound and is often described as everything from mellow and lustrous to dark and veiled.

Famous cellists like Yo-Yo Ma, Pablo Casals, and countless others have made the cello a well-loved and admired stringed instrument. Maybe you played cello in your high school orchestra, or perhaps you’ve always longed to take lessons as an adult. You can buy a full-size cello for less than $1,000, but even the most talented cellist won’t be able to create the superior sound of some of the world’s best cellos.

Curious to see how much you’d have to spend to own the most valued and unique cellos?

Here are the 12 most expensive cellos in the world: 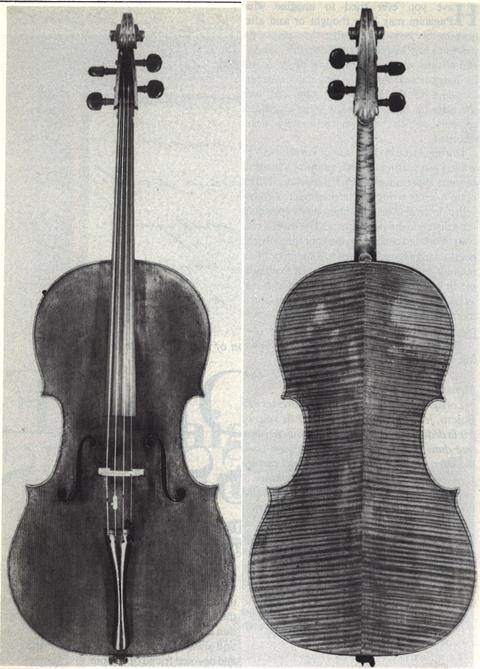 The cello has evolved into modern society most famously by Antonio Stradivari, an Italian luthier, who implemented the smaller body size we are most familiar with today.

Stradivari is commonly known for his violins, but many may be surprised that he also crafted some of the most expensive cellos ever made, and we’ll see them a few more times in this list. The quality, rarity, and beautiful craftsmanship of his cellos help make them some of the most sought after cellos in the world.

Made in 1711 by Antonio Stradivarius, this is said to bear a dent mark from the toe of Napoleon’s boot after his attempt to hold the instrument in Paris. Played by Jean-Louis Duport and one of only 63 cellos made by Stradivarius still in existence, this cello is easily the most expensive cello in the world and comes out at the top of any list. It now belongs to the Nippon Music Foundation. 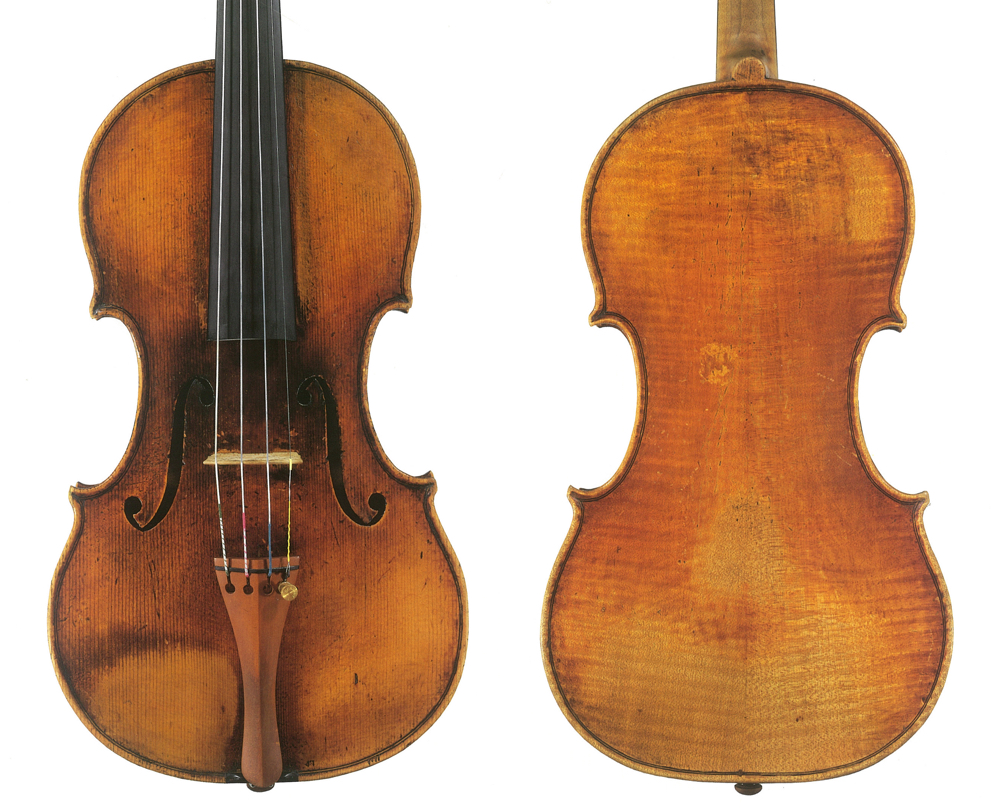 While most often part of an ensemble, the cello is also a powerful solo instrument as well. Another of Stradivarius’s creations, this expensive cello, was sold in 2012 Montreal to an anonymous buyer and loaned to the 18-year-old budding solo musician, Stéphane Tétreault, most famed for his technical brilliance.

Before this sale, the cello was owned by New Jersey cellist Bernard Greenhouse who co-founded the Beaux Arts Trio in Massachusetts. Another former owner, Nicolo Paganini, is where this cello gets its name.

Valuable string instruments haven’t always had a special place on display in museums or private collections. This multi-million dollar cello was headed to the dump in the 1800s when it was rescued. It wasn’t until over 100 years later that it received some major TLC. 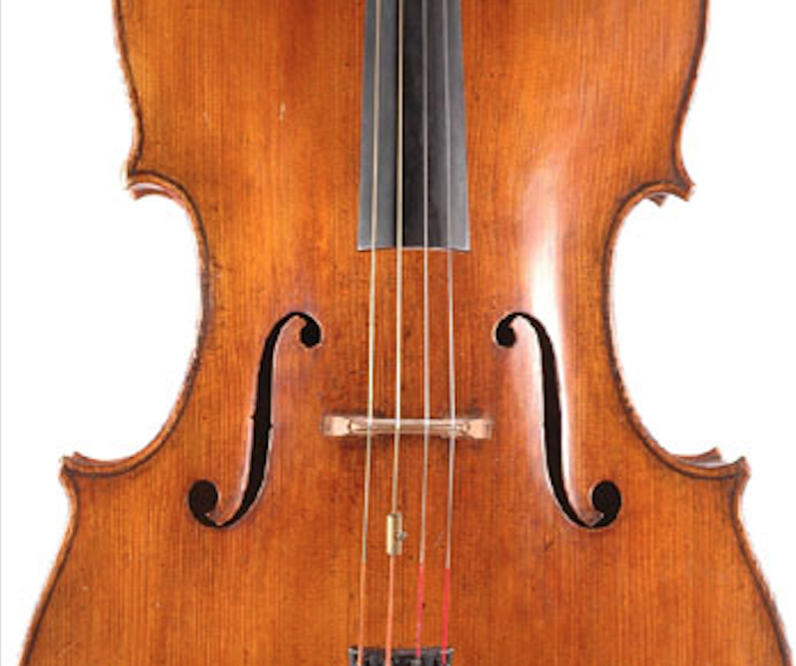 You can also guarantee that if Stradivarius made it, you could continue to pay top dollar. The value of this particular cello has only been determined for insurance purposes in recent years, but it did find itself on a joy ride in the arms of an LA thief in 2004.

Dating back to 1684, this cello is an unusual 5-string and was offered a $50,000 reward for its return. Eventually found by a nurse near a trash can, the cello was returned to the Philharmonic before any damage could be done. 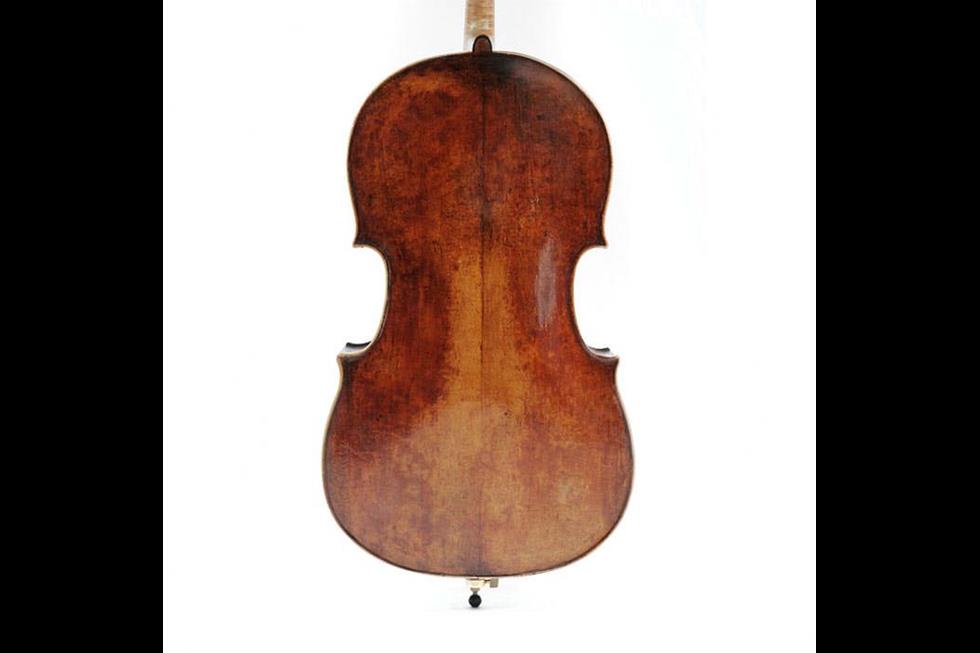 Cellists don’t necessarily receive the fame and fortune of Eddie Vedder or Jimi Hendrix, but their instruments certainly seem to be prized possessions. Another victim of theft, this cello was stolen from the musician in a violent attack in Paris, France, and later found left in a car that had been broken into. Even the bow itself was almost 200 years old.

Soloist Ophelie Gaillard, known for taking risks and disregarding limits, used the instrument on loan from CIC bank. He was later named  Best New Instrumental Soloist at the French classical music awards with this cello at her hands. 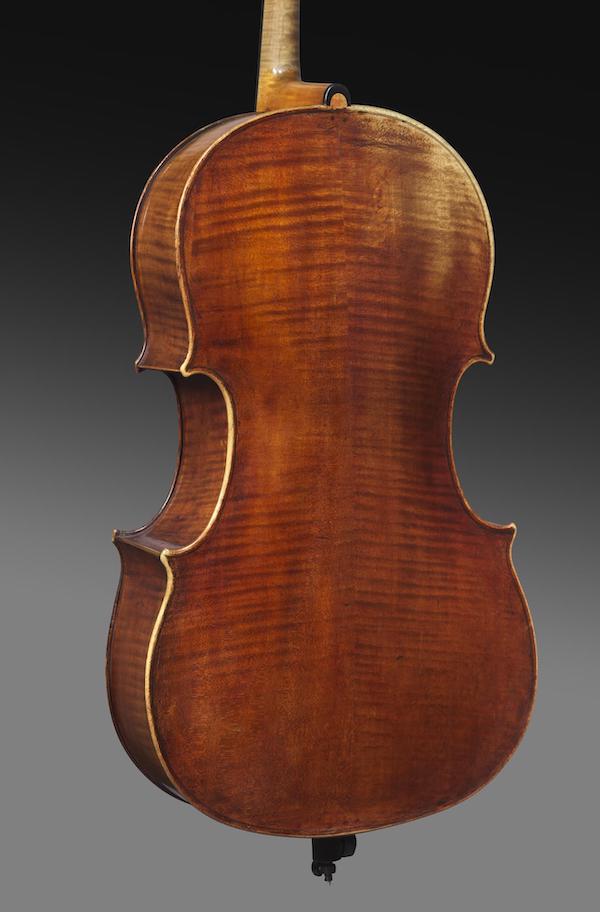 Invented by Andrea Amati in early 16th century Italy as a much larger instrument, the cello has continued to evolve in size and sound, as have the craftsmen who make them. One of only 40 remaining from this maker, the instrument sold with its authenticity certificate at auction recently through Tarisio Auctions.

The rarity of this cello helps increase its value along with the choice of poplar construction. The instrument carries the identifying label “Joannes Baptista Filius Laurentii Guadagnini Decit Placentiae.” 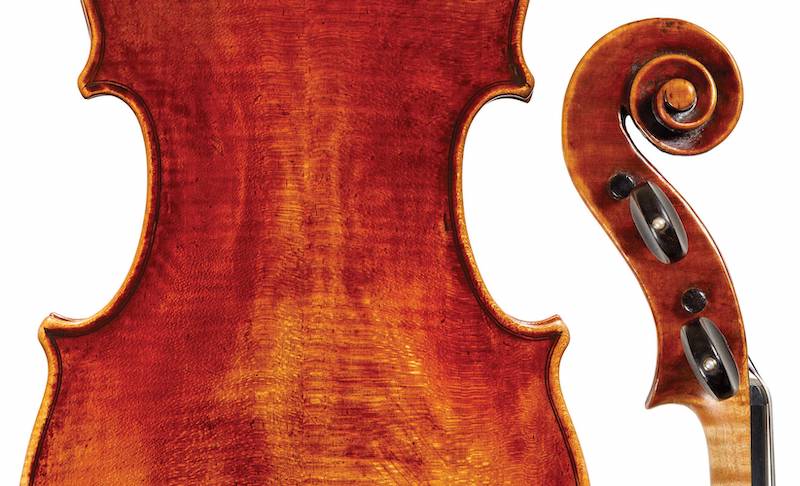 Purchased for a mere $950,000, this cello was recently appraised for $1.1 million. Even more interesting, it disappeared for 35 years before it reappeared in the United States only to sit idly on a shelf for an additional 22 years before someone took an interest in this masterpiece. Purchased as an investment for a promising musician, the investors see this cello as a more promising use of their money than the stock market as quality instruments never depreciate. 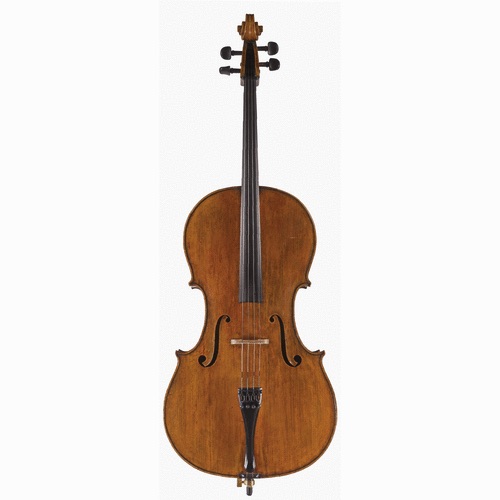 Bearing the original label dating back to 1885, this is one of the original works of maker Romeo Antoniazzi. It’s made from a single piece of slab-cut maple, which adds value and helps give it a unique, rich, and colorful tone. Romeo Antoniazzi went on to become a highly regarded and sought after maker trained by his father.

If you’re in the mood to spend big, this cello is actually available for sale. As you might expect, the seller makes a point to request serious inquiries only. 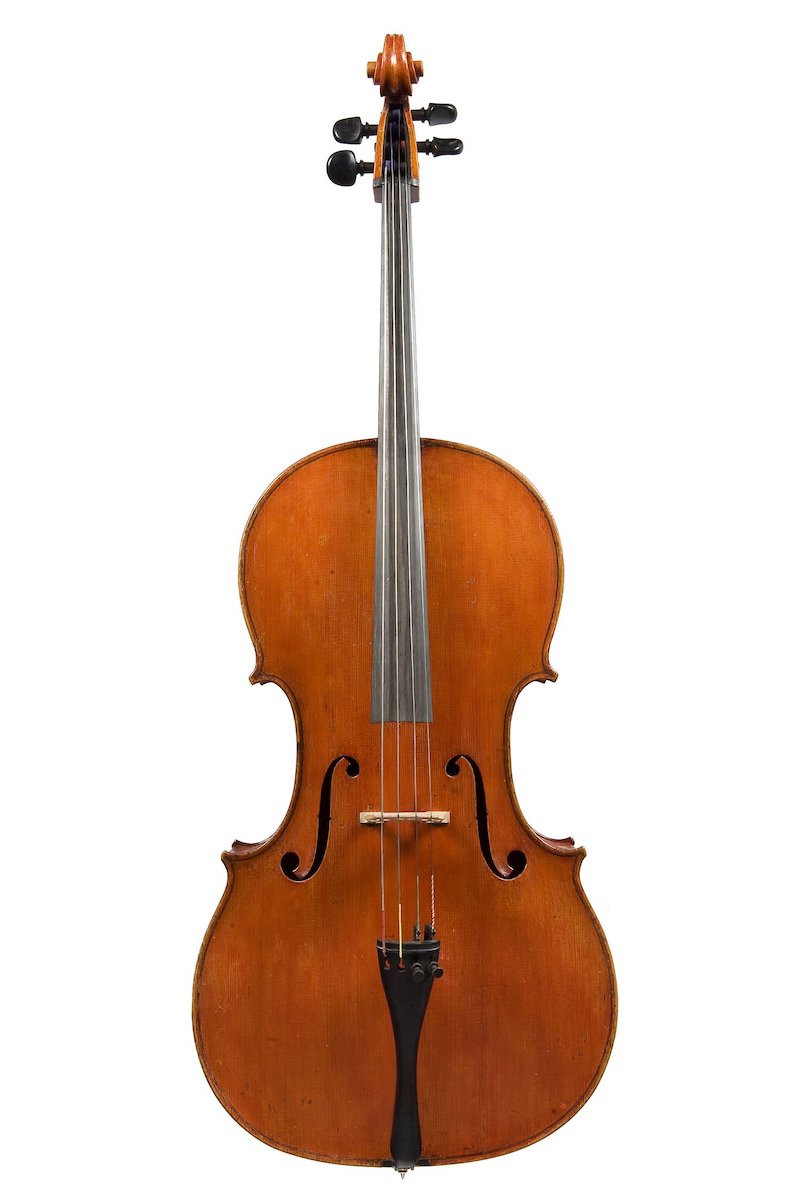 The cello itself is said to sound much like a human voice and is known for warm low tones though it has a diverse range. The metal peg was added to the cello to create a better balance as it requires full-body support to play.

Made in Naples c. 1880, Postiglione is known for his ingenuity in instrument making. Complete with a certificate of authenticity and a beautiful, robust sound accentuating the low tones and high pitches found only from a true artisan’s craftsmanship, this cello stands the test of time. 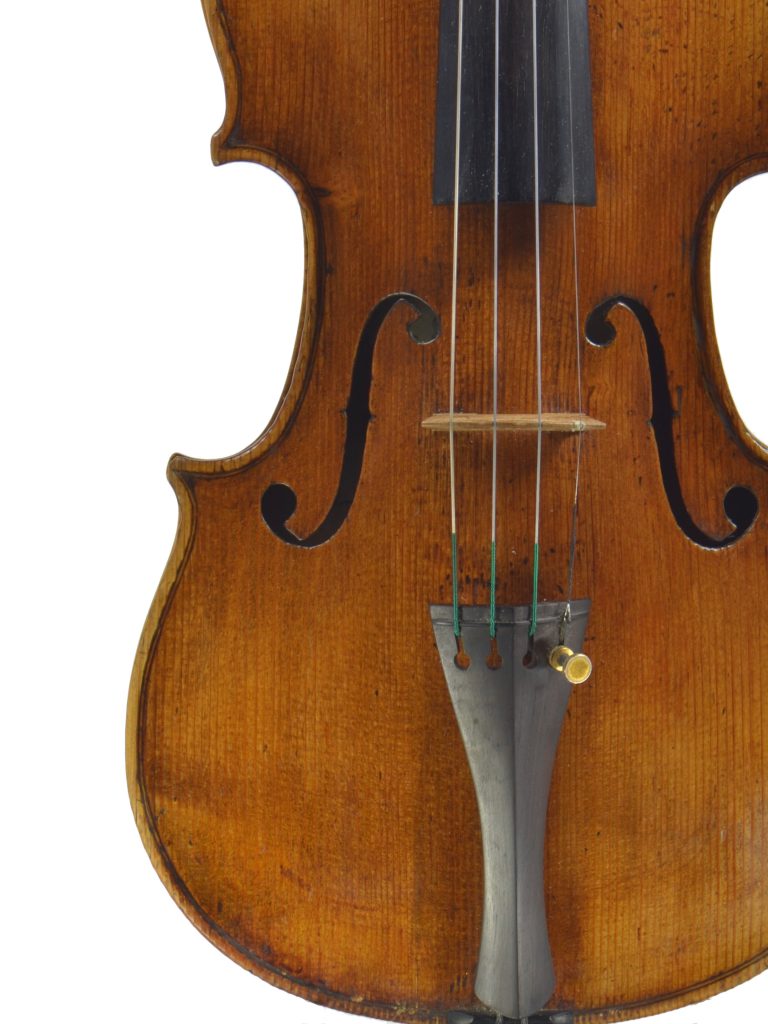 Less than a million dollars, but still one of the most expensive cellos in the world, this instrument may have the most unique buyer in the world. Purchased in a reverse auction by the United States Air Force Band, this cello valued at closer to $150,000 was expected to be purchased by the Air Force for the bargain price of $75,000.

The cello, made in 1787, is older than the Air Force itself and is one case where the latest and greatest isn’t always what they’re looking for. The Air Force played over 50 instruments before selecting this cello, citing its ability to start quickly and clearly with a pop as the thing that made this instrument especially worthwhile. 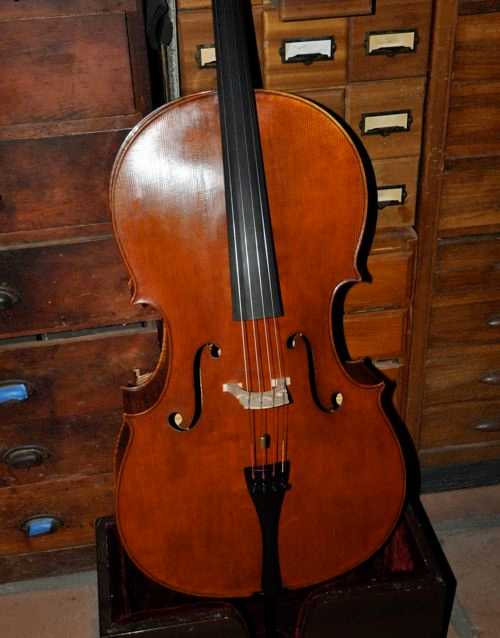 If you needed further proof that valuable cellos are prone to theft, here’s the third cello on our list that has found itself prey to sticky fingers. Unfortunately for the thieves, pawn shops and buyers can’t afford to unload these gems due to their value, so there are often happy endings for the instruments and their rightful owners. This Miralles was custom-made for owner John Walz who famously used this cello in recording music for three of the most recent “Star Wars” films. 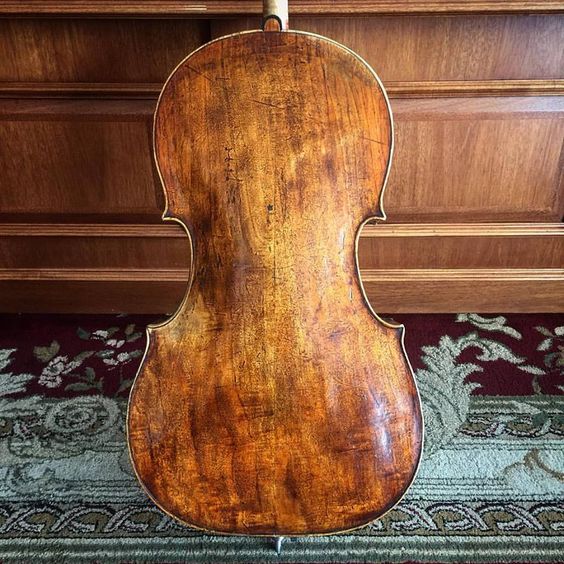 Made in Cremona, Italy c. 1675 and sold with certification, this cello was sold at Brompton’s Auction in 2016 though the exact sale price is not listed. Ruggieri is considered one of the great cello makers of all time, known for his rich sounds and beautiful appearances, with this particular cello being noted for its unique Italian scroll.

Just be sure not to confuse him with the similar-sounding Rogeri family, who was also known for making instruments around the same time. This Ruggieri is known for making some of the most expensive cellos in the world.

As this list continues to prove, there’s no escaping Stradivarius. However, this one’s a bit of a “bargain” — it costs less than the cost of a house in suburban Missouri. Made by Fein Violins, Ltd., and considered a descendant of Stradivarius, this cello has limited production using the most expensive woods possible, including ebony pegs.

While the cello is admired by many, it often plays the role of an accompanying instrument. Thanks to famed cellists like Yo-Yo Ma and cover bands (we’re looking at you 2Cellos), interest and appreciation for the “Big Viola” continues to rise.

As long as people continue to feel a connection with the cello, it’s likely to continue to sell for top dollar.

The 11 Most Expensive Banjos In The World

The 15 Most Expensive Cigars In The World