The most expensive bass guitars vary from rare limited-editions to those played by some of the most famous rock stars in the world. Whether you are an avid bassist, a casual plucker, or simply appreciate the rhythmic low notes of a bass guitar, you likely understand that crafting a musical instrument is an art in its own right. Sure, you can get a decent bass guitar for a few hundred bucks, but why settle for less?

Luxury bass guitars are crafted by hand using premium materials and superior techniques. Each guitar is unique and produces a beautiful sound. They indeed are works of art.

Have you thought of owning one of the top bass guitars but wondered just how much it’d cost you? We’ve rounded up a list of 13 of the world’s most expensive bass guitars so you can see just what these instruments are worth and the craftsmanship involved.

Get ready to shred! Here are the 13 most expensive bass guitars in the world: 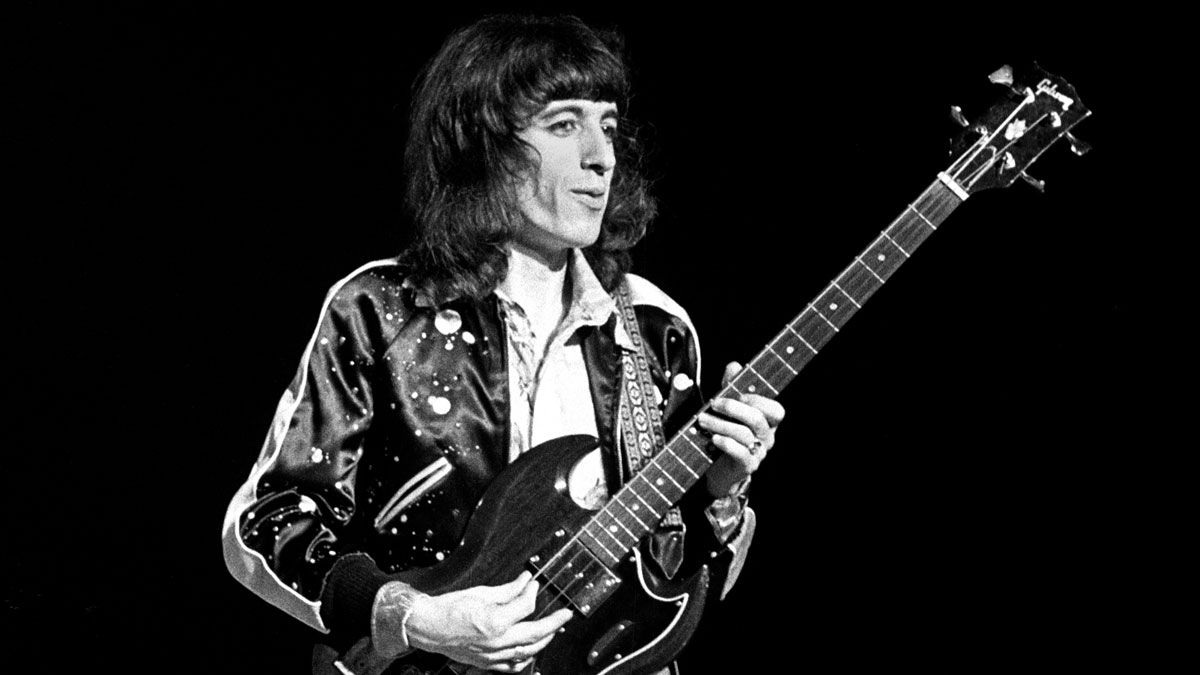 The 1969 Fender Mustang, played by Rolling Stones bassist Bill Wyman recently broke records for the highest price tag on a bass when sold at auction in early September 2020. The previous title was held by Sir Paul McCartney’s bass, which we will discuss further down the list.

The bass sold for $384,000, along with an amplifier and some of Wyman’s other gear. It has a Competition Orange finish and was played during several Rolling Stones concerts during 1969 and 1970. The Mustang was initially designed as a student bass and featured racing stripes to appeal to younger players.

An auction sale of $384,000 makes Bill Wyman’s 1969 Fender Mustang the most expensive bass guitar in the world 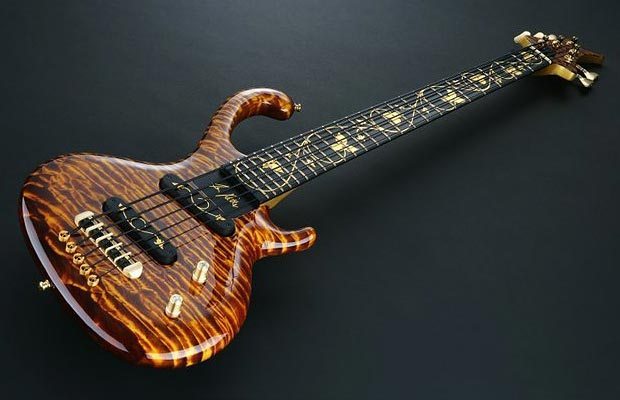 Jens Ritter is a luthier known for crafting eclectic stringed instruments. His collection of custom guitars and bass guitars is something to behold, and the Royal Flora Aurum is the pinnacle.

Made in 2006 for an unknown buyer, the Flora Aurum takes the term “premium materials” to an entirely new level. The body, shaped by hand, of course, is made of quilted maple and has a beautiful ripple pattern.

The fingerboard inlay has a floral pattern made of 24-karat gold. Each leaf on the pattern boasts a black diamond set in platinum. Elements like the bridge, tuner buttons, and knobs have been set by hand in massive gold, and the knobs are topped off with brilliant-cut diamonds. There are also green diamonds used for knob position marks.

Fancy enough for you yet? Just wait. The nut is made from ivory from a Siberian mammoth and is at least 10,000 years old. That’s right, part of this bass is made from an extinct animal. It doesn’t get much rarer than that. 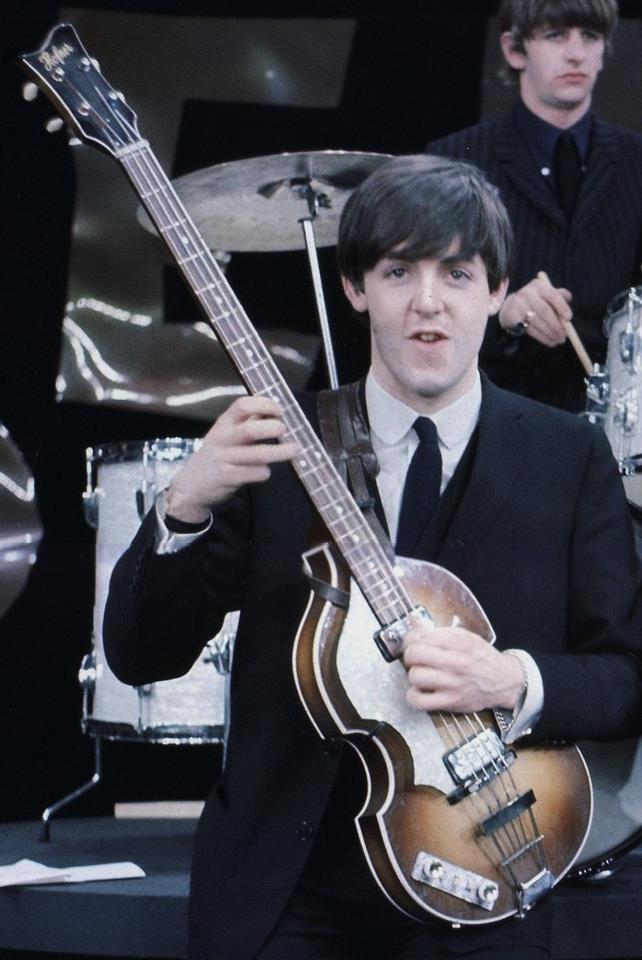 Paul McCartney’s Hofner Violin Bass is perhaps the most iconic bass of all time. He purchased it when Beatles’ bassist Stu Sutcliffe unexpectedly left the band, and McCartney was forced to move from piano to bass. He bought the right-handed bass for $45 and famously turned it upside-down.

The bass was stolen later in the 1960s, but McCartney had already moved on to the new bass Hofner had given him in 1963. McCartney still plays that bass, and it is insured for $4 million.

In 2013, Juliens auctioned off a Hofner signed by McCartney for $204,800, but both the stolen Hofner and McCartney’s current Hofner are likely worth much more. 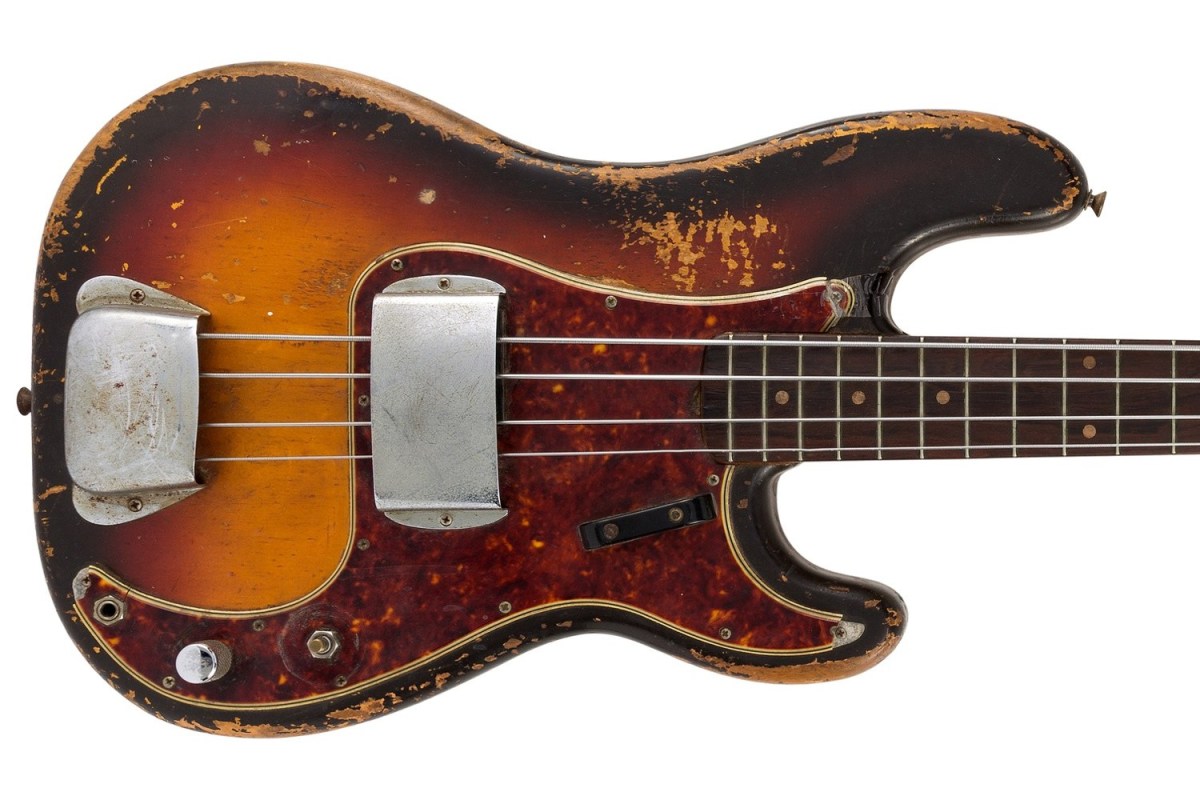 James Jamerson was considered by many to be the best bass player of all time. He was even inducted into the Rock and Roll Hall of Fame in 2000. He played on many of Motown’s greatest hits during the 1960s and ’70s.

His legendary bass, a 1961 Fender Precision, sold for $68,875 at auction in 2017. The beautiful sunburst model has obviously been through some years of intense playing, making it all the more unique and expensive. 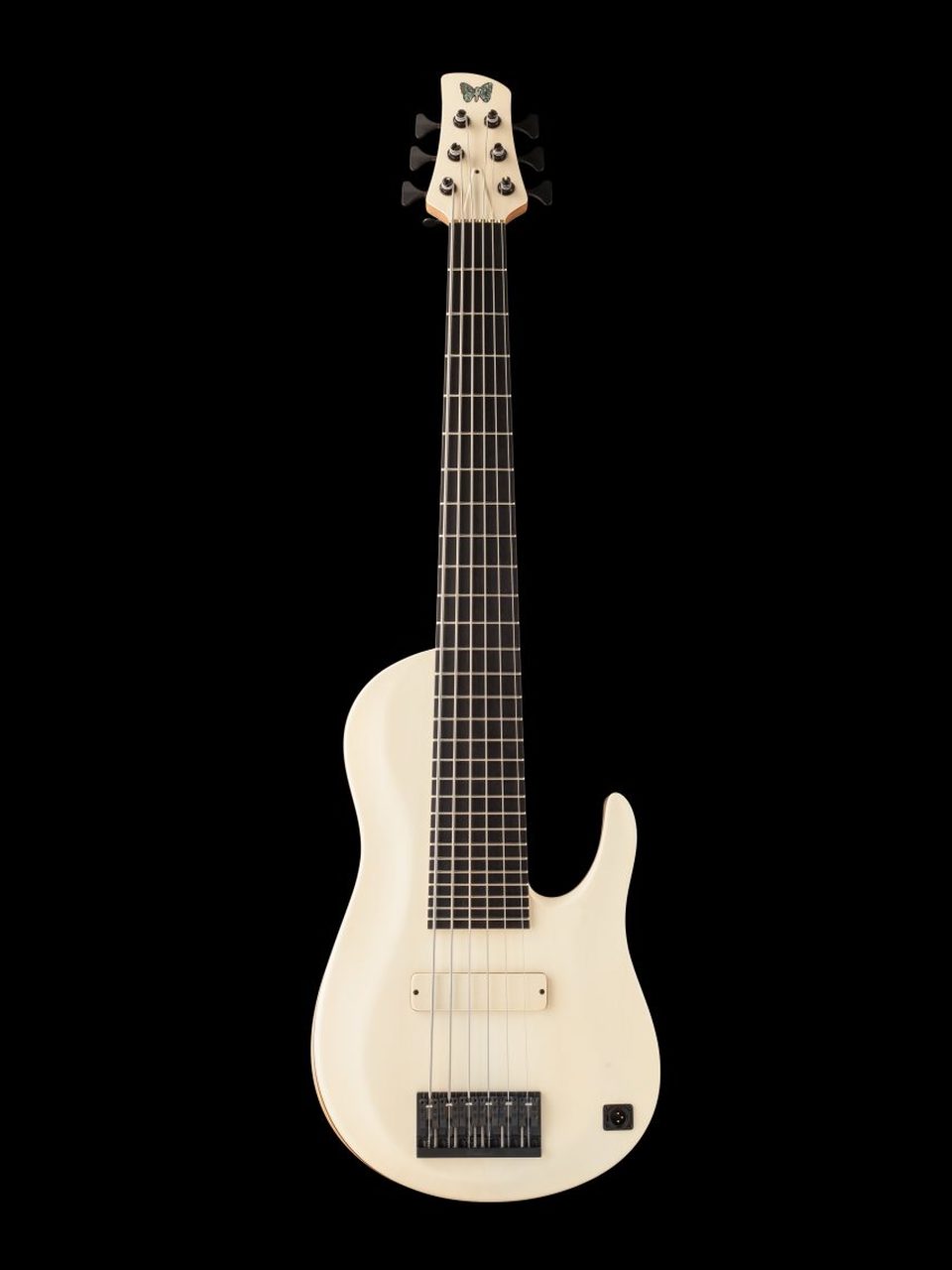 The Fodera Anthony Jackson Presentation II is truly an original. Legendary bassist Anthony Jackson is known for both his skill as a player and innovating a six-string bass, sometimes known as a contrabass guitar.

The first Presentation was created in 1987 and has since gone through many iterations. The Presentation II is considered Jackson’s finest work, as he spent many years making tweaks and adjustments to create a better and better instrument.

Six strings aside, there is much to the Presentation II to set it apart and above other bass guitars, namely the utterly hollow body and the “heel-less” attachment of neck to the body. The body is made out of alder wood in the hybrid design, while the topwood and back are made out of hand-carved holly. 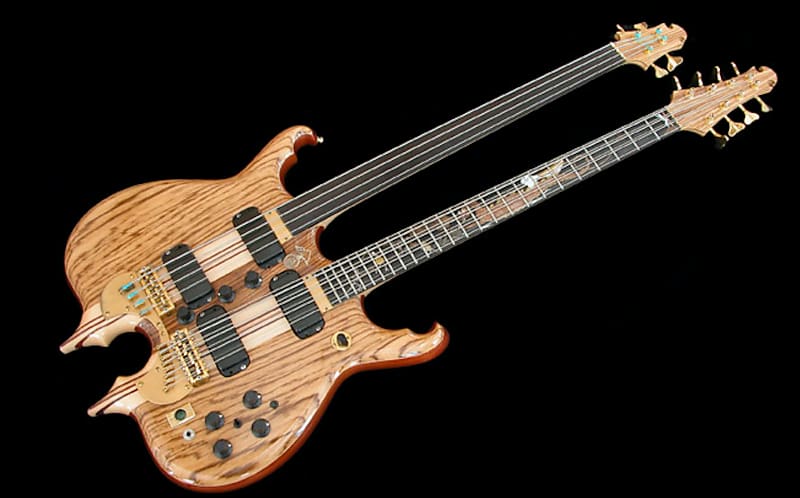 Why have a single bass guitar when you can have a double? The two necks can create endless musical possibilities, and this Alembic custom model is the cream of the crop. It was played by the legendary John Judge but has only been in collections since the early 1980s.

The bass is made of mahogany, zebrawood, ebony, maple, and purpleheart. The Goliath was first intended to be a single neck bass but was later changed to a double neck.

Perhaps the most famous (or infamous) part of the Goliath is its inlay featuring a dragon holding a naked maiden captive. The dragon’s eyes once lit up even. The design was inspired by Judge himself, who was a fan of ancient mythology. 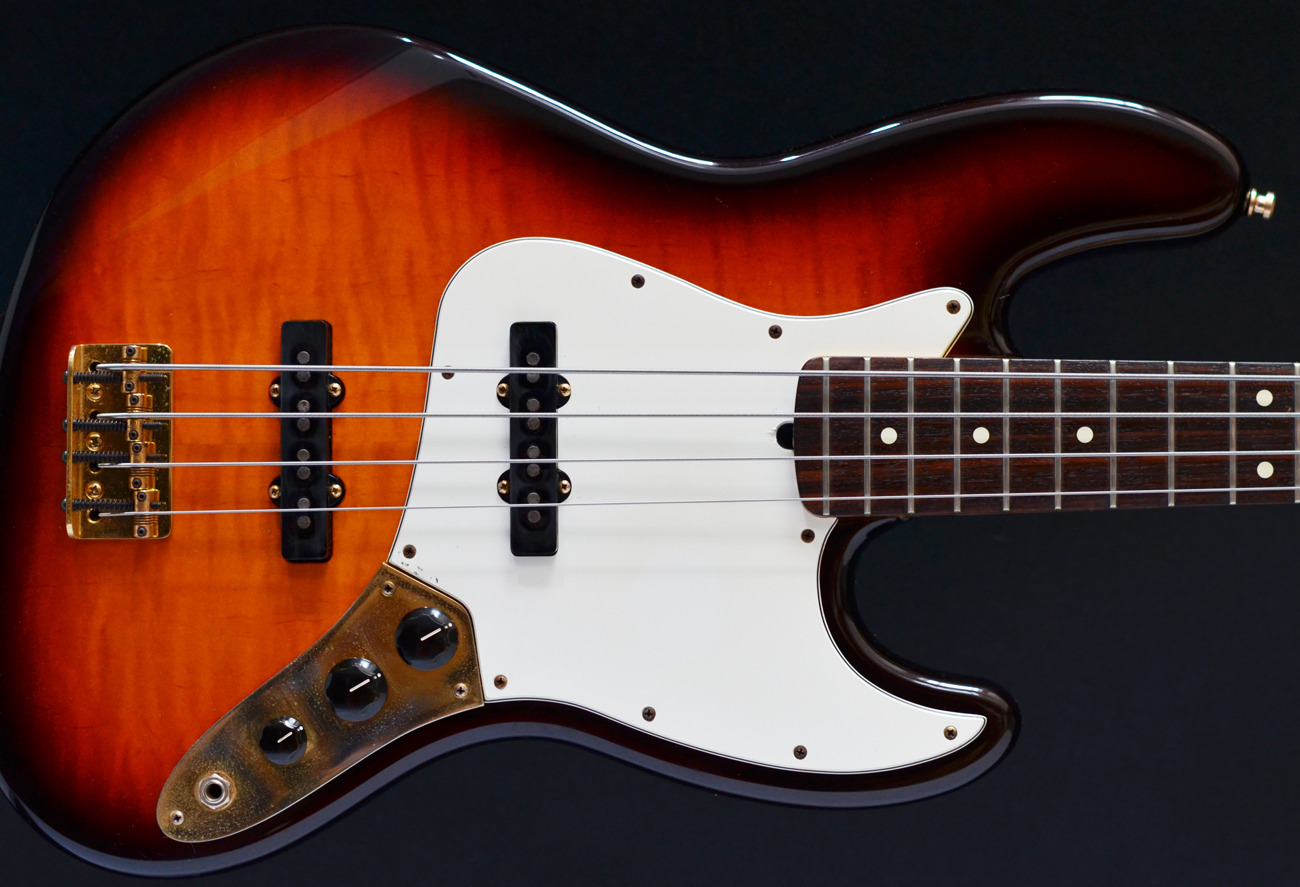 Fender started making its Jazz Bass guitar in the early 1960s. It was so-named because the company was hoping to appeal to jazz bassists. While the bass is a quality product as one would suspect from Fender, it’s not the instrument’s craftsmanship that makes it stand out and earns it a place on our list of expensive basses.

The Fender Jazz Bass is sought after because of its custom colors. During the 1950s and 60s, Fender allowed customers to choose their own colors. The company used the same paints used on cars due to wide availability and its ease of use. By the end of the 60s, the company had phased out many options, making these basses rare and expensive.

The company came out with a 50th anniversary Jazz Bass in 2010 in several of the original colors. Only a few were made. Now, if you’re lucky enough to find one for sale, it will cost you upwards of $28,000. 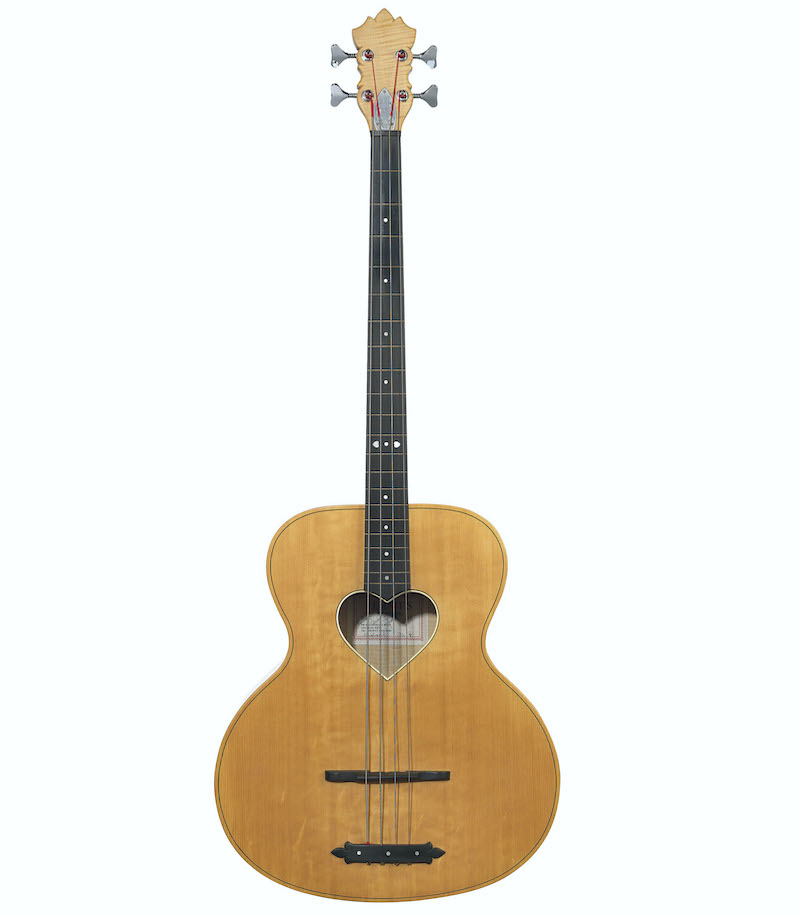 Antonio Zemaitis got his start building cabinets in Lithuania but switched to guitars in the 1960s. He made instruments for some of the most famous British rockers and was known for his innovative style, such as his metal-fronted instruments.

The Heart Hole Bass was not the first instrument Zemaitis constructed with a heart soundhole. He first made a 12-string guitar for Eric Clapton dubbed “Ivan the Terrible.” In the 1970s, he shifted his focus to the acoustic bass.

The handcrafted bass is made of several types of wood, including mahogany, abalone, rosewood, and spruce. While the soundhole in the shape of a heart gives the bass its signature appearance, those who’ve played it say there is no difference in sound than other similarly-crafted instruments with round soundholes. 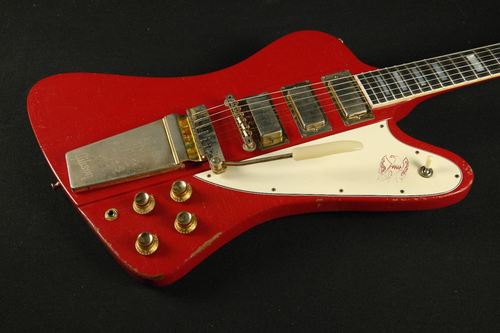 Gibson was late to the market when it came to electric basses. It seemed they always trailed behind Fender and could never quite release a quality product, that is, until the Thunderbird models started production in the mid-1960s.

By the time the fourth edition was released, Gibson had moved away from the sunburst model used in earlier iterations and followed Fender in creating custom colors. If you can find one of the cardinal red variety, you’ve struck gold. There were reportedly only 87 of these released onto the market, and only a number of them are the superior neck-through models. 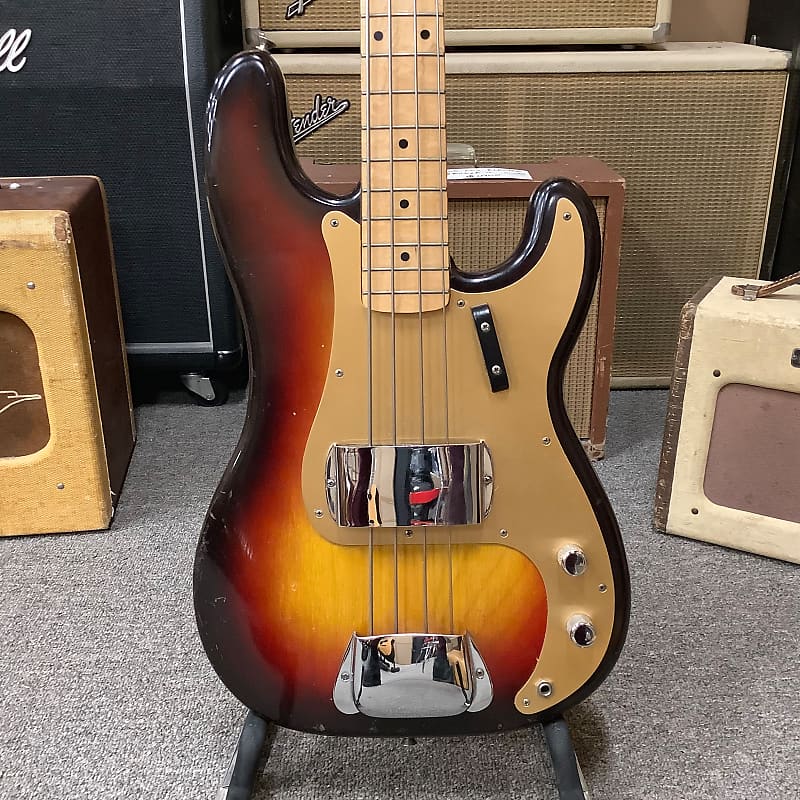 Leo Fender first developed the Precision Bass, also known as the P-bass, in 1950. Fender’s bass was created as a solution to the problem of using an upright double bass. Musicians loved the deep undertones the double bass provided but found it cumbersome and difficult to hear over the sounds of the new electric guitars.

Fender created the Precision Bass as an electric alternative that was smaller, portable, and much louder, thus cementing the instrument’s place in rock and roll history.

By 1960, you could get the P-bass in every color under the sun. If you can find one of the rarer colors, it will cost you a pretty penny, but you will have an ultimate collector’s item. 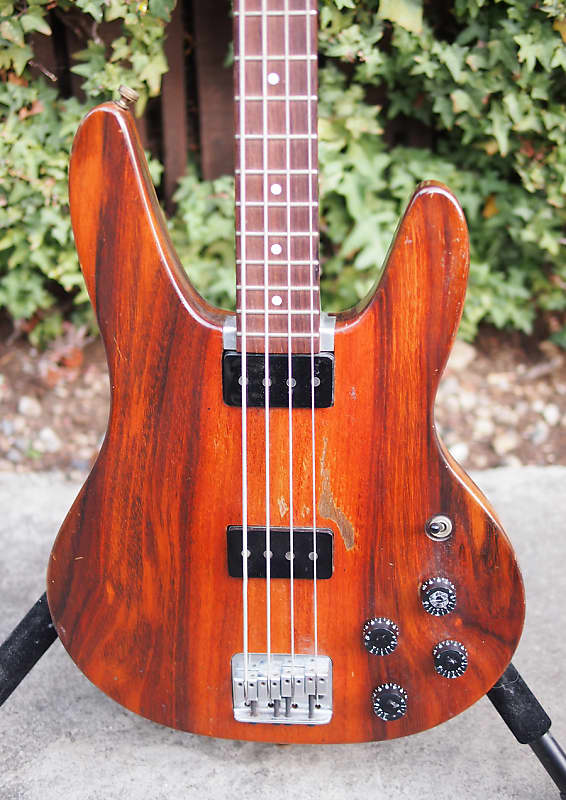 Travis Bean was known as an innovator in the instrument-crafting world. His talents as both a luthier and a machinist make for some unique and incredible guitars and basses.

Most basses had wooden necks, but not Bean’s. His instruments were primarily known for the aluminum that ran through the neck and body. The result? A sturdy – and heavy – bass that provided a rich and massive sound quality.

The TB2000 is one of Bean’s prototypes and dates to 1974. It has an aluminum nut, making it incredibly rare, and all of Bean’s other creations had a brass nut.

Speaking of “nuts,” just one year later saw the release of One Flew Over the Cuckoo’s Nest, which would go on to make over $116 million dollars! Hey, the 70s were a crazy time. 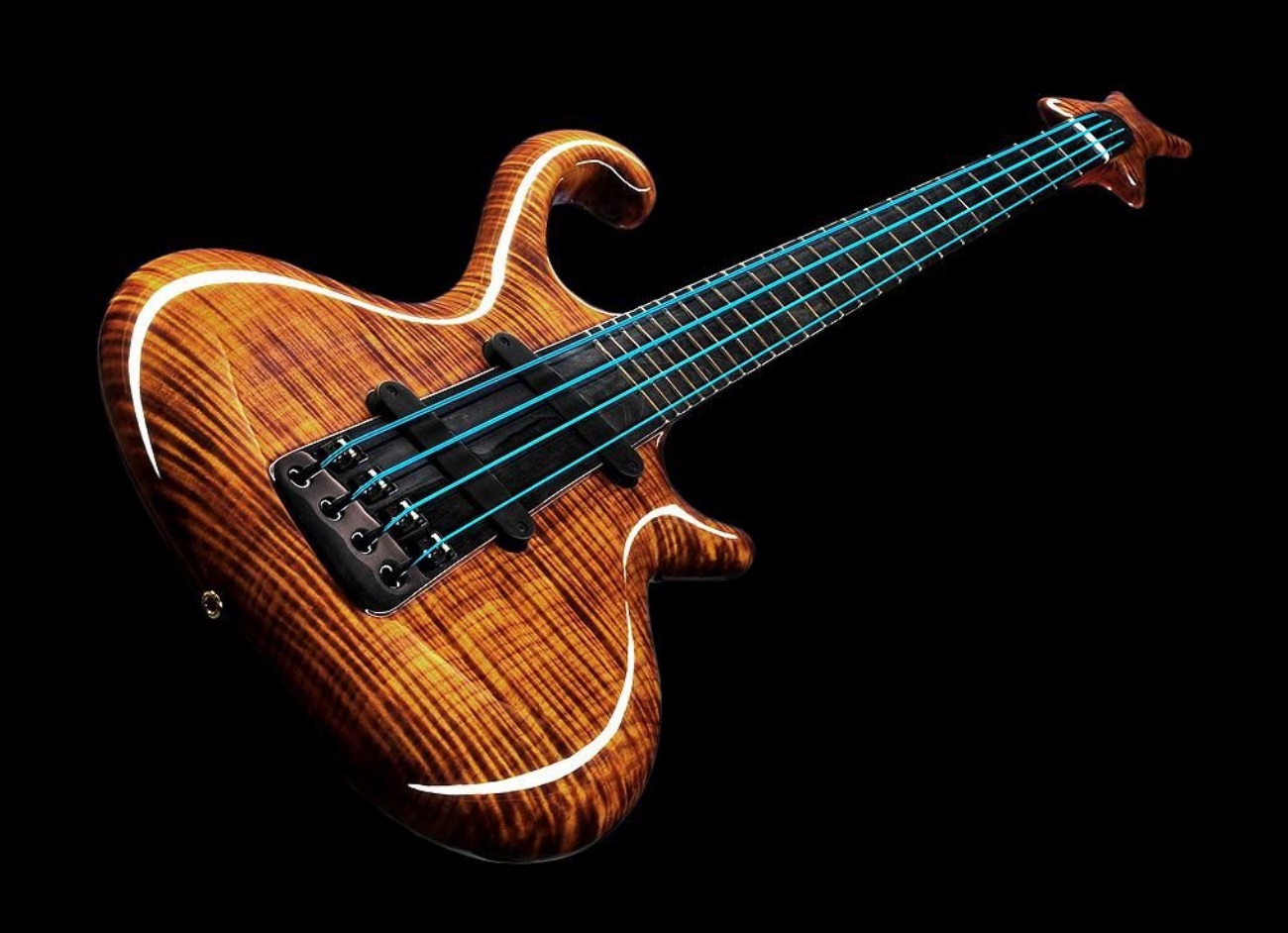 If one of Ritter’s higher-end customs is a little out of your price range, perhaps the Ritter Roya Concept will fit your budget. Don’t be fooled, Ritter’s “budget” bass is still made of high-quality materials, like flamed maple, alder, and ebony. Perhaps the most striking element is the bright blue strings. 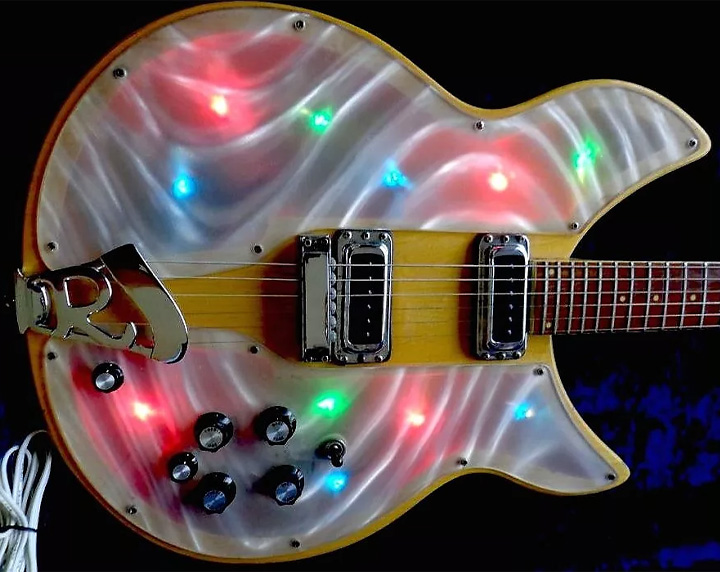 The Rickenbacker Model 4005 L “Lightshow” is one of the most expensive bass guitars that stands out in a crowd. The Who’s John Entwistle once played the model on Top of the Pops, but that’s not its biggest claim to fame.

No, the 4005 L is called the “Lightshow” for a reason. It’s a hollow-bodied bass with several colored lights inside. Different colors would light up based on the notes being played, making for a visual and aural spectacle that delighted audiences. Only a few of these were made, so you’d be quite lucky to get your hands on one.

Most of us who love the bass guitar can only drool over these 13 basses. Even with cash in hand, some of the most expensive bass guitars are so rare that they’re nearly impossible to find for sale. For the lucky few with the right amount of money, superior sound and quality craftsmanship can be bought. These expensive bass guitars can really help you enjoy the finer things in life.

15 Most Expensive Fruits In The World

11 Most Expensive Woods in the World

The 12 Most Expensive Cellos In The World