The most expensive fruits in the world range from white strawberries to square watermelons and buddha-shaped pears.

If you’ve spent any time wandering through the grocery store’s produce section, you know that some fruit is much more expensive than others. What is it about certain fruits that cause them to be so pricey?

Part of the reason is that we are now able to eat fruits from all over the world. A century ago, you could only eat your local produce. Today, you can be in New York in the winter, making a smoothie with fresh mangos.

It’s not just exotic fruit that can cost more. Sometimes farmers experiment with how they can make the fruits we love even tastier. They make impressive shapes or new delicious flavors.

Here are 15 of the most expensive fruits in the world 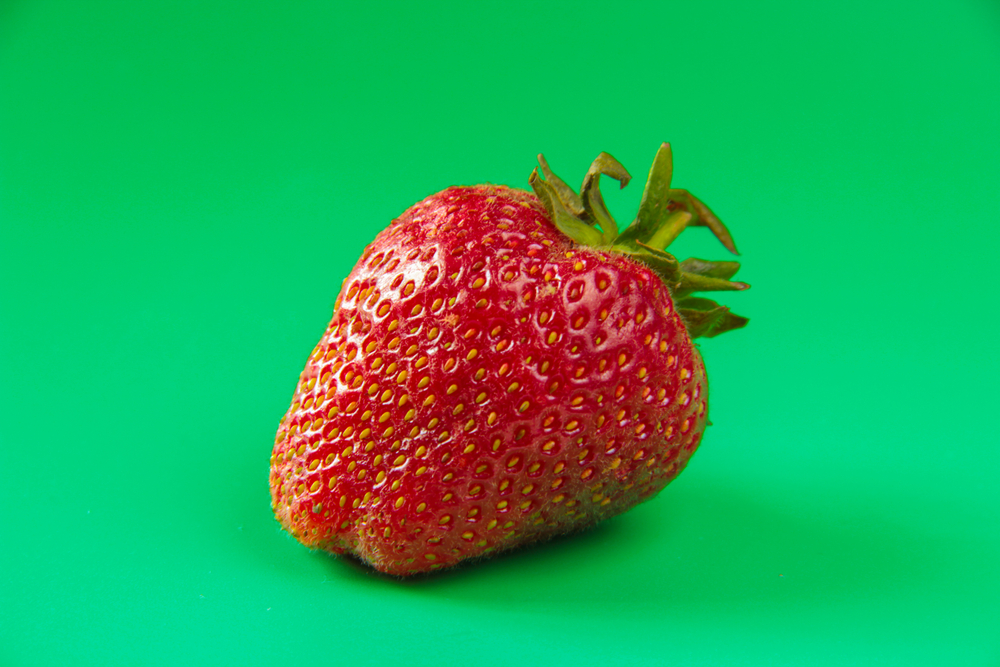 This is not just the most expensive strawberry you’ll find on the market, but also the largest. These massive strawberries are produced in small quantities every year—usually only about 500 per season.

These strawberries are grown to weigh over 100 grams. That’s three times larger than your traditional strawberry.

This stunning fruit is produced in Japan. They’re just a short ride from Gifu-Hashima Station if you’re looking to pick some up. 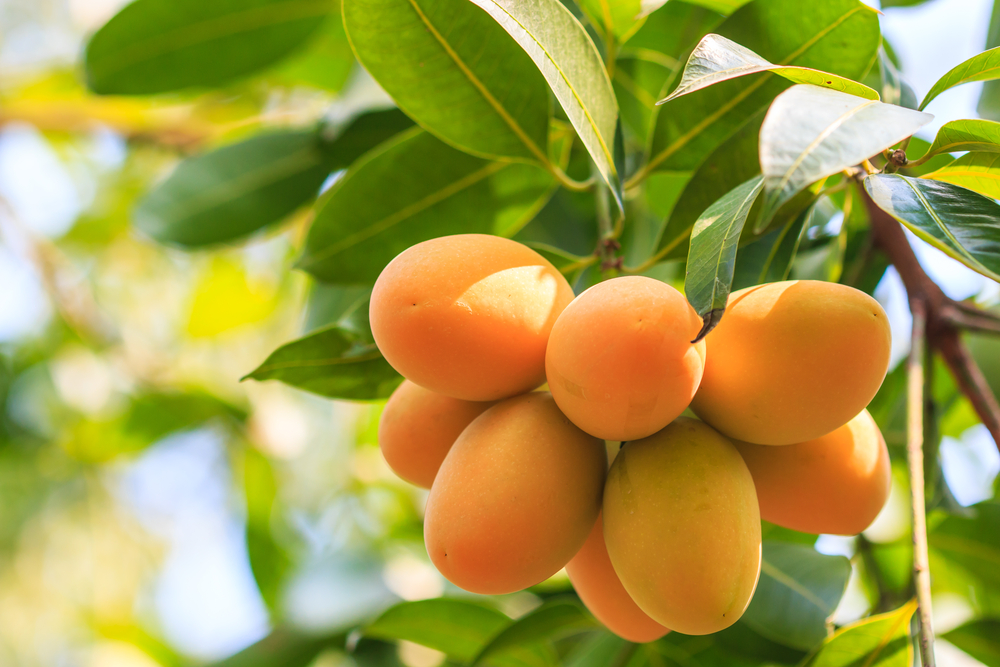 A dozen Australian mangos sold for a record $50,000. Though it probably doesn’t have much to do with them being the most expensive fruits.

The Northern part of Australia produces thousands of mangos each year. What was so special about these is that all proceeds went to two children’s charities.

Hopefully, you’ll never be paying thousands for your mangos. But every year, someone in Northern Australia will be. 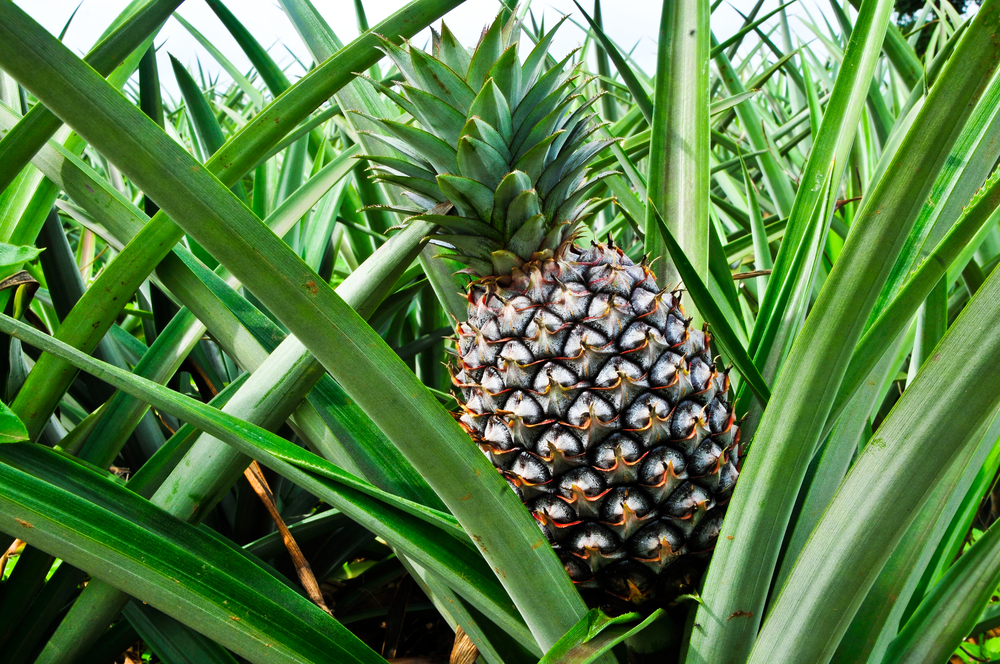 Another exotic fruit you’re probably used to finding in your fruit salad, pineapple. So what makes this one cost over 500 times more than what we’re used to paying.

It’s the precise method used to grow this Cornwall pineapple. This delicious fruit was produced under a pile of straw, manure, and urine. This combination allows for pineapples to grow in colder climates.

However, this pineapple was never actually sold. The team at Heligan, where it was grown, estimated its cost but split it between the staff when it was mature. They reported that it had a fantastic flavor. 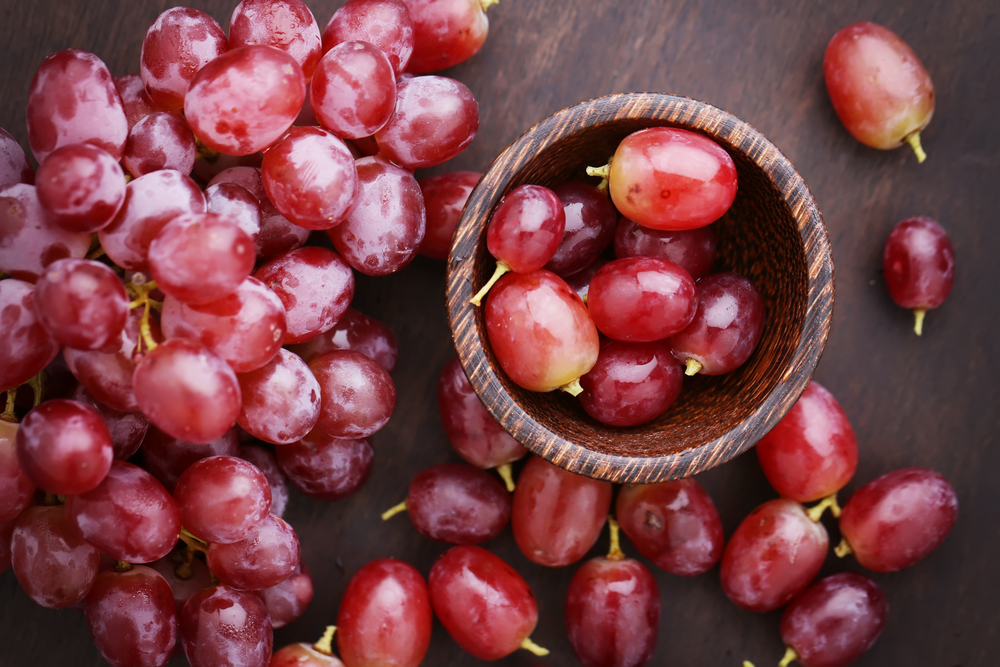 This breed of grapes is known for its high sugar content and low acidity. It’s said to be one of the juiciest grapes in the world. And if you’re thinking of heading to a hot spring in Japan sometime, you’ll have the luxury of being able to try it.

The bunch of Ruby Roman grapes was bought in the tradition popular in Japan of gifting expensive fruit. These exclusive fruits are often given to bosses or others you’re seeking to impress. While not all of these grapes will go for $11,000 a bunch, you can be sure they will all be fetching extremely high prices. 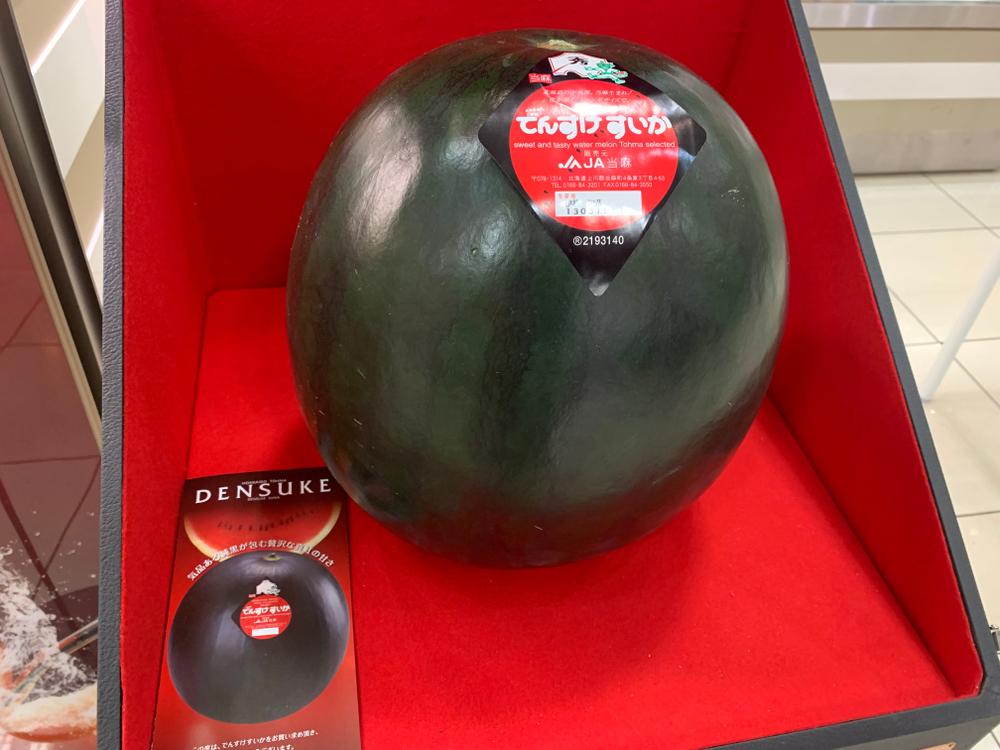 The most one of these darkly colored watermelons has ever sold for is $6,000. Auctioned off every year in Japan, there is always a crowd ready to buy these most expensive fruits.

Densuke watermelons are known for being much sweeter than your average watermelon, and not only that, they are also crunchier.

For most people, that’s not worth the exorbitant price tag. But if you’re looking to impress, like the Ruby Roman grapes and some the most expensive teas, this beautiful and delicious watermelon will undoubtedly win over a group. 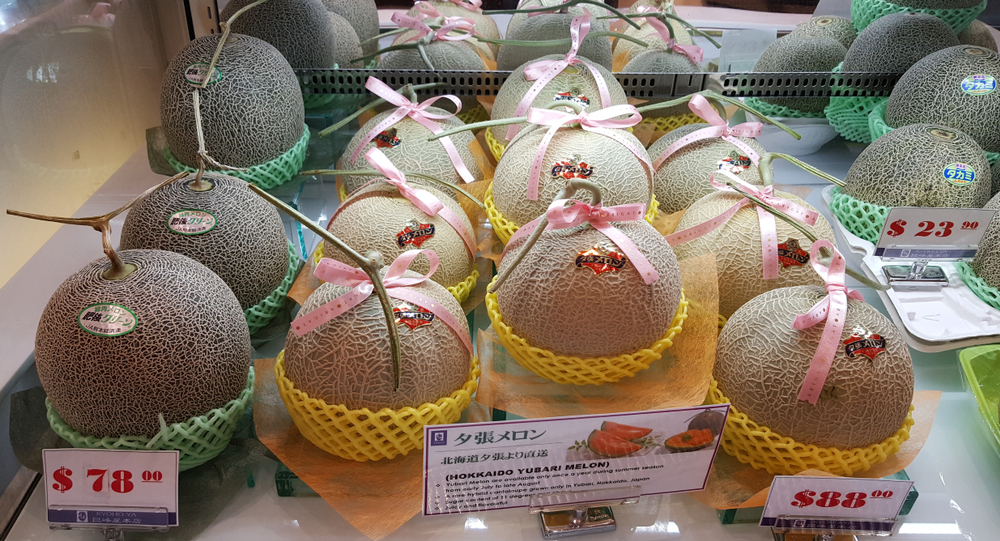 These high priced melons are grown on Hokkaido. This expensive fruit is known for being sweet and flavorful.

What makes them so unique is that their skin is perfectly smooth. Yubari King melons are grown in greenhouses in volcanic ash. They are picked by hand with scissors and are meant to be eaten within two to three days of harvesting.

This timeline might make it a little hard to find it outside of Japan. Or, you can pay a steep price to ship this delicious melon. 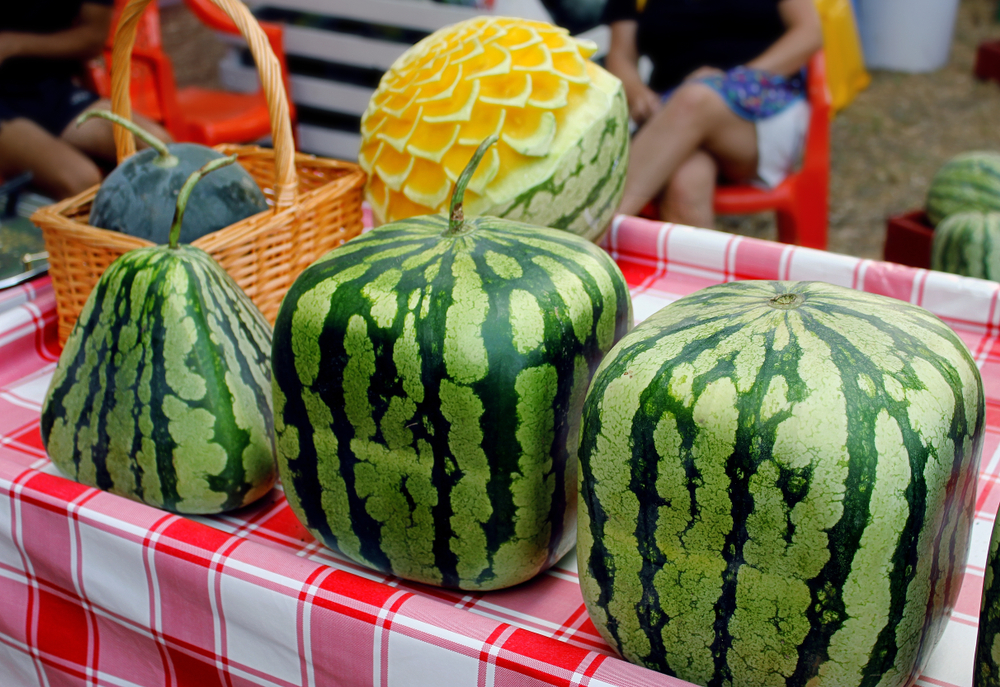 You may have seen these perfectly cubed watermelons on social media. This is one of the fruits that is much more about the look than taste.

Most people say there is no difference in taste between a square watermelon and a round one you can buy at the grocery store. The reason they’re so expensive is simply their shape.

These watermelons are popular for decorative purposes. Since they are so labor-intensive to produce, you can be sure that their price will stay high. 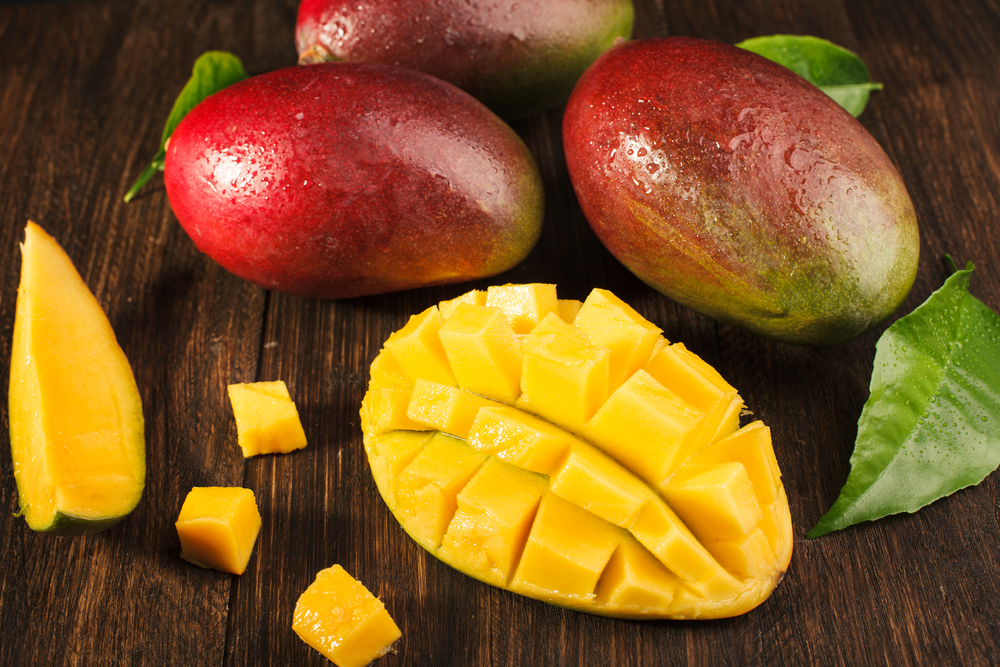 The most anyone has paid for these mangos is an astounding $4,500 for a pair. That was at a wholesale auction in Japan. Usually, these mangos only go for about $50 a piece.

To be sold, these mangos must weigh at least 350 grams, and have at least half of their color be a deep red. This fruit is extremely sweet, which makes sense when you translate their name, meaning “egg of the sun” in English. 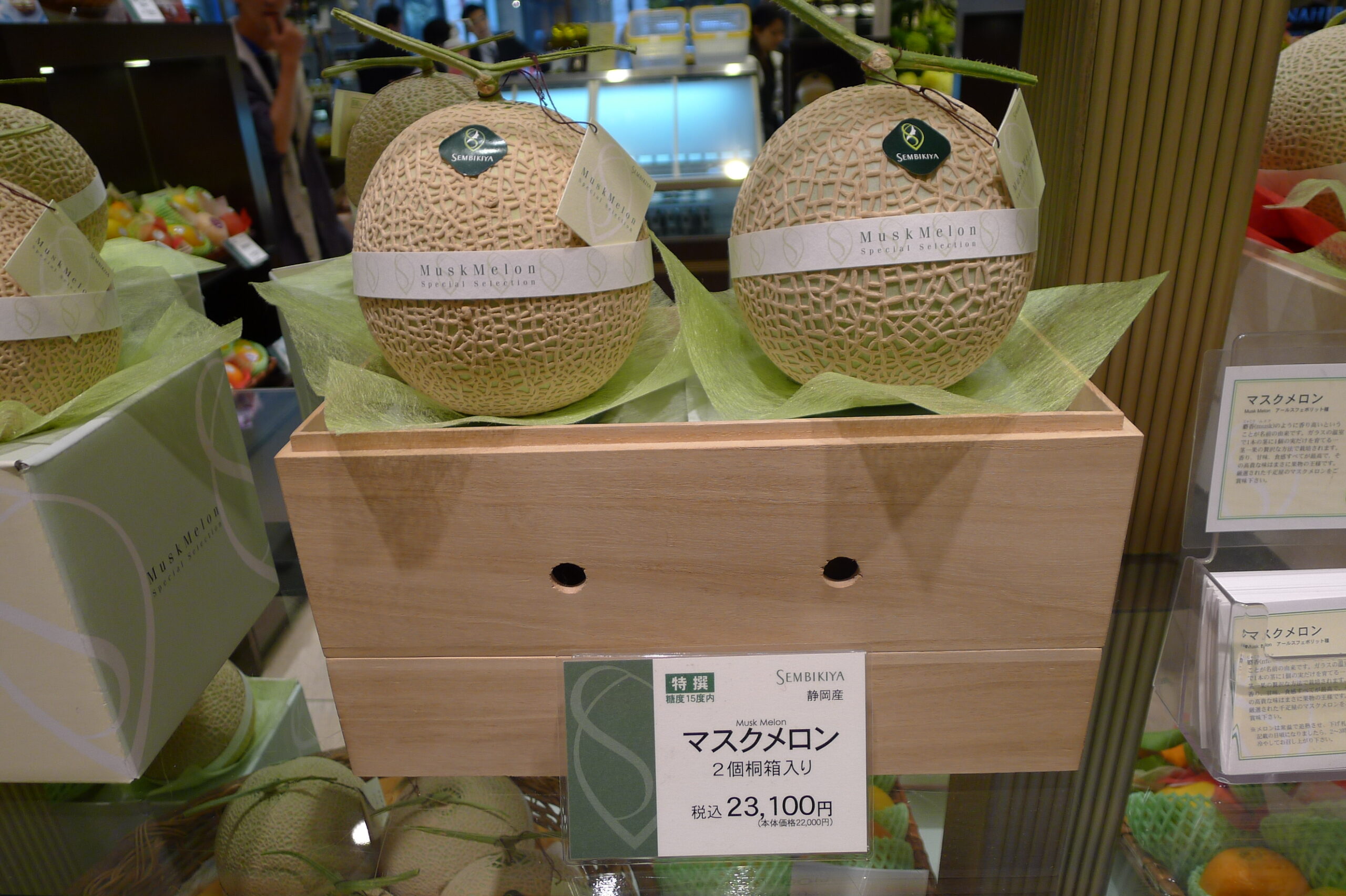 This fruit is not like the others. While cutting into most fruit, you get a waft of a deliciously sweet scent we all think of when we think of fruit, but this melon is meant to smell musky.

These melons are grown in Shizuoka, Japan. This area is sunny, but the air temperature and moisture are monitored continuously around these unique melons. They are surrounded by air-conditioners and heaters as needed.

While the smell may not be as mouth-watering as others, these melons have a sweet and rich taste. 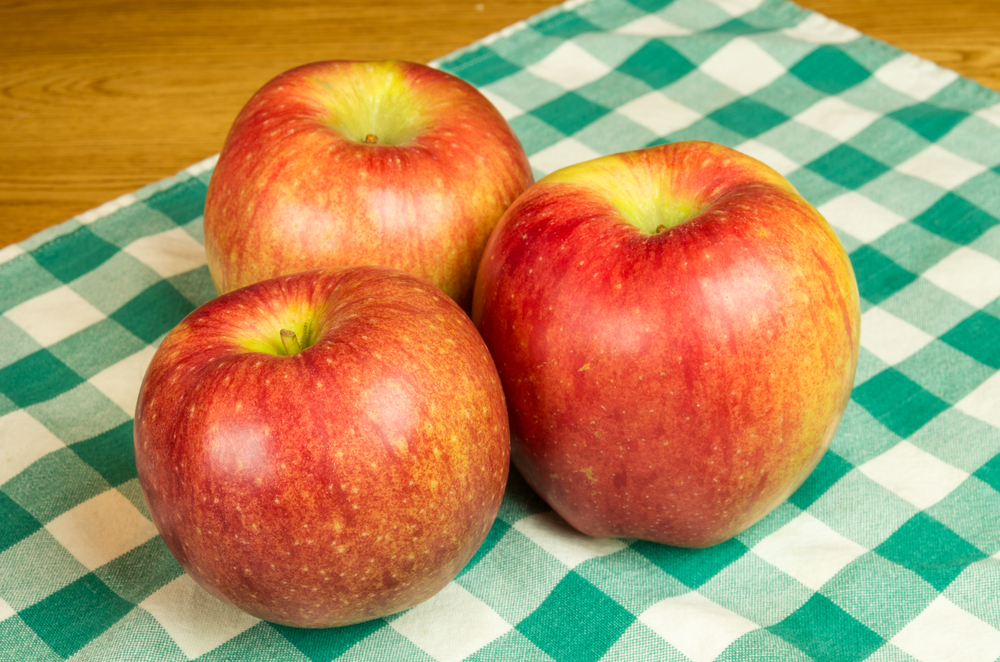 Their name translates to “worlds best.” A title that they have rightfully earned.

Also, from Japan, these apples are all hand-pollinated. After that, they are dipped in honey and hand stamped. Every apple offers a delicious flavor, unlike any other apple you’ve had. 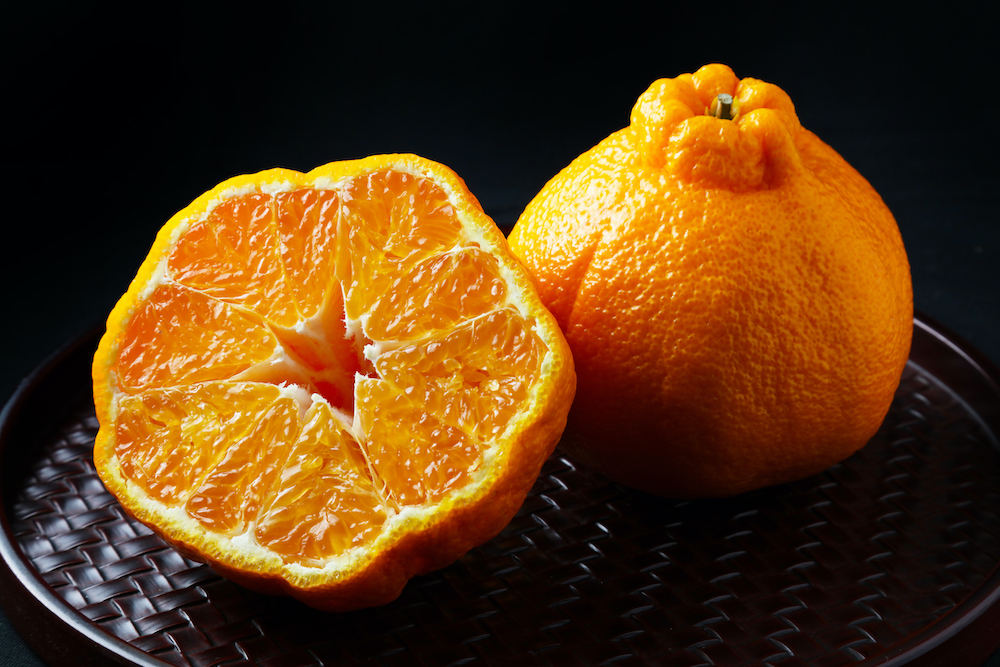 People are quick to say that this excellent piece of citrus is well-worth the price. It is much larger than a traditional mandarin but has the same taste.

This orange is one of the best-kept secrets in the world of fruit-producing. Initially grown in Japan, it was first brought to the United States in 1998. Well, it was smuggled in. After a complicated history of sneaking fruit trees in and out of countries, it is now found in stores worldwide. 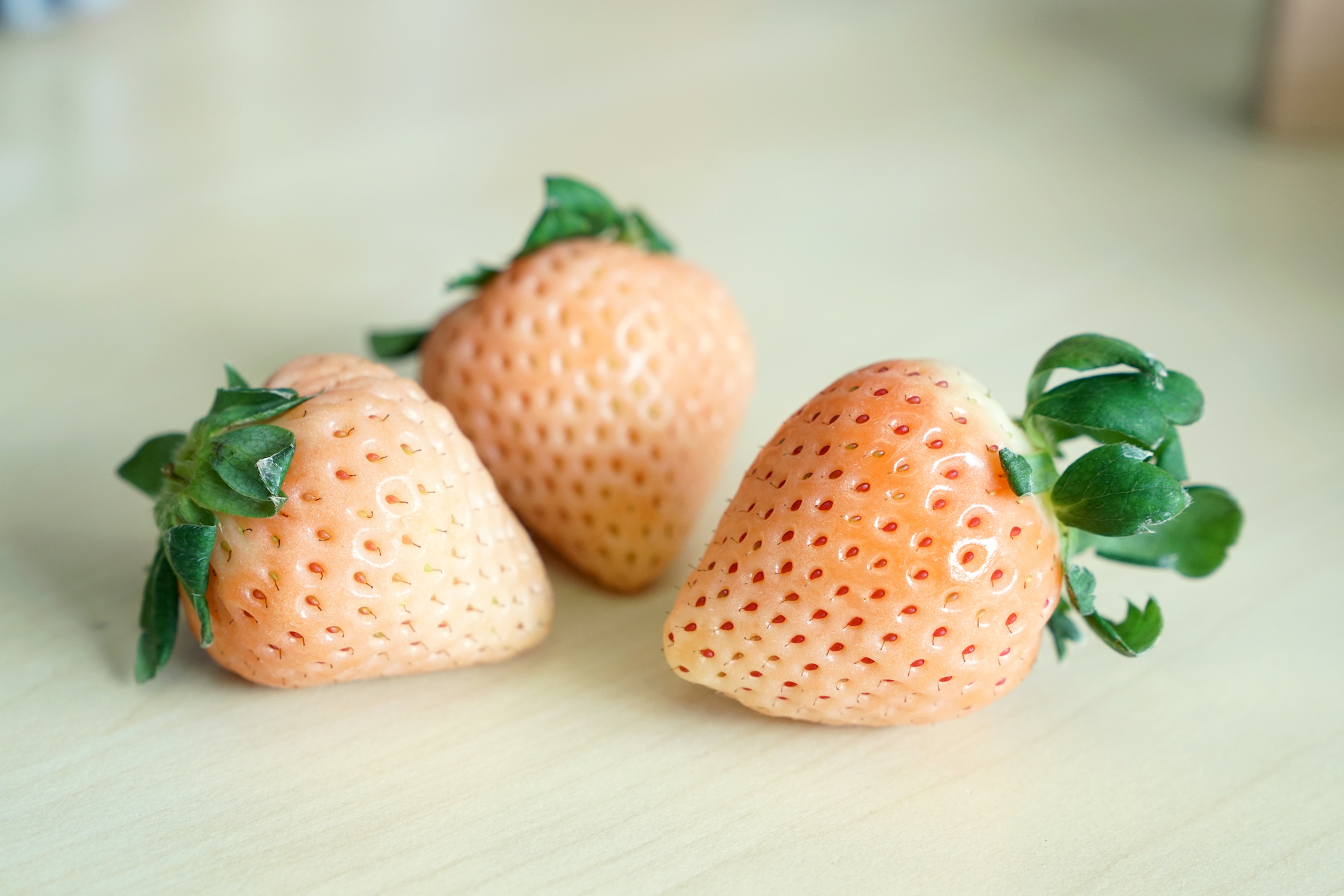 The White Jewel strawberry is like expensive beer. If you have the palette for it, you’re sure to notice this berry’s mysterious flavor. Otherwise, you may be wondering what you paid for. Farmers say it takes a while to be able to taste the flavor this strawberry has to offer. They even warn that it may seem almost flavorless at first.

People compare it to a tropical taste, saying it is like biting into a pineapple. It finishes with a light flavor of sweet candy. Much larger than your traditional strawberry, it’s produced only in Japan.

Its white color comes from a lack of sunlight. A harvest produces only 10 percent of white strawberries in a growing season because of the strict ratio of sunlight to darkness that needs to be maintained. 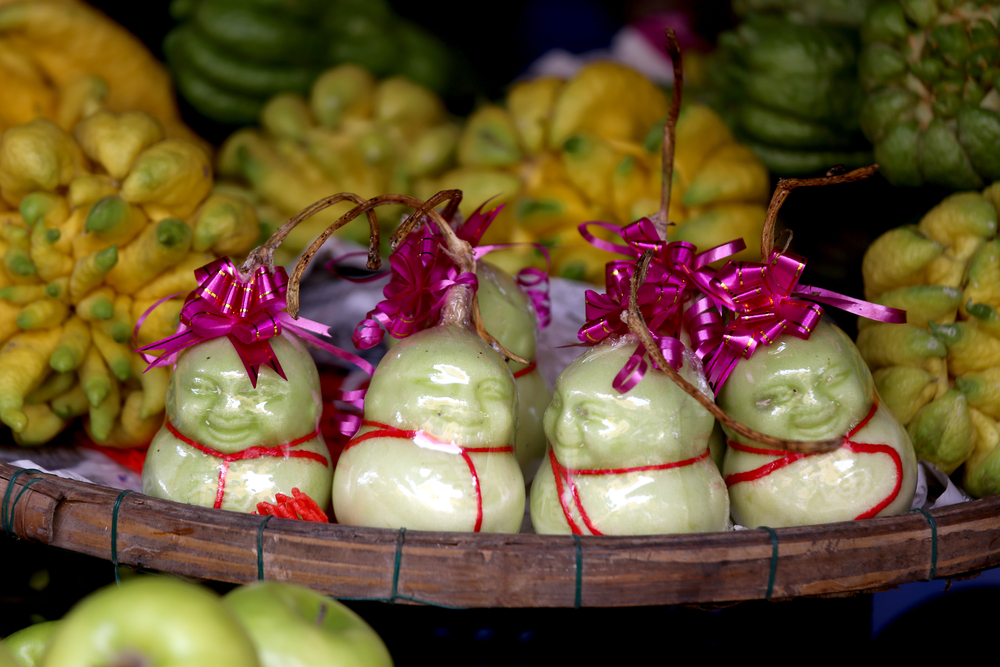 This laughing Buddha is one of the cutest fruits you can buy. These pears are produced in the Hebei province of China and have one of the most interesting histories.

These pears were first grown by Xianzhang Hao, who came up with the idea of creating a small mold that pears would grow inside. He came up with the mold after a story that mentions magical fruit grown in Buddha’s shape.

It took him over six years to perfect it to grow into the adorable pear it is now. This little pear is always in high demand. 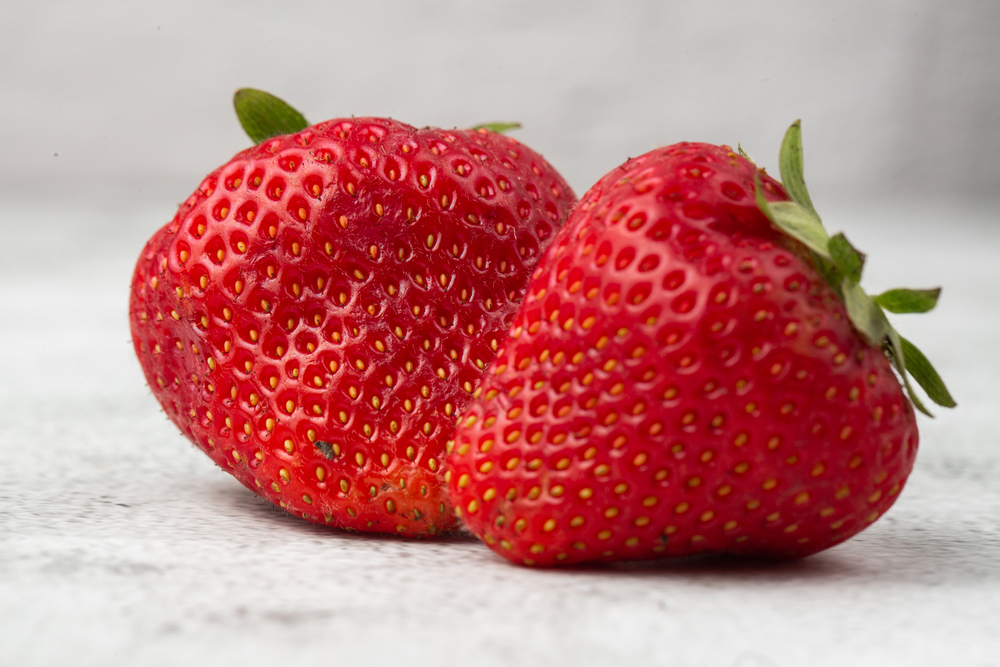 These strawberries are another part of Japan’s long tradition of gifting exquisite fruit to people you are indebted to.

This fruit is not only extremely sweet, but its leaves are known for being perfectly shaped. The oldest fruit shop in Japan, Sembikiya, is where they get their namesake.

Each strawberry is hand-selected to ensure that every berry in their fruit boxes is precisely what their clients are looking for. 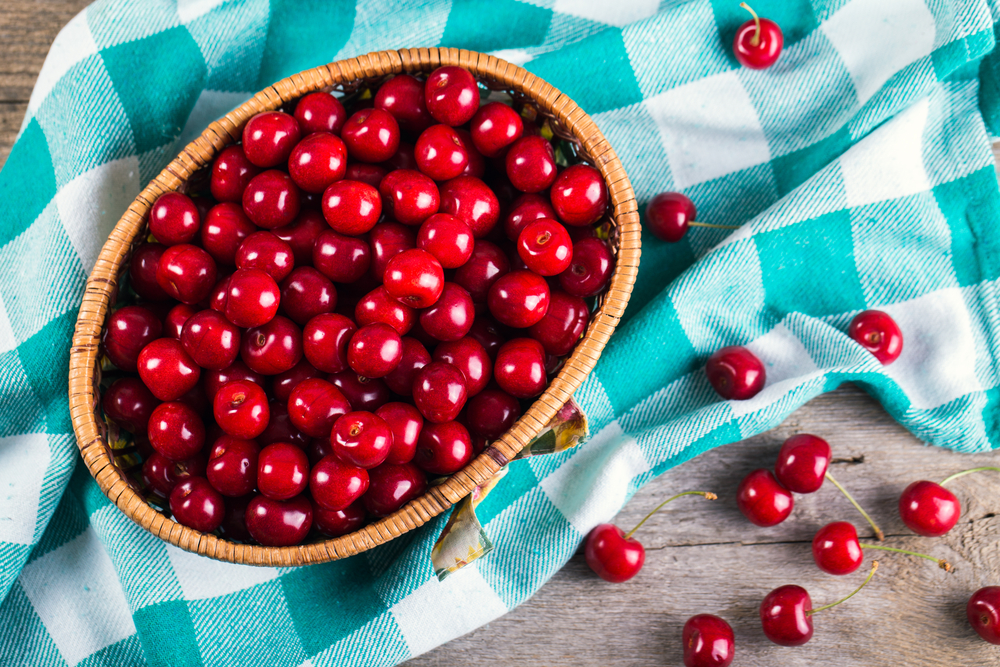 These cherries come from that same famous fruit shop as the Queen strawberries. Established in 1834, Sembikiya is one of the best places to find this expensive and impressive fruit.

These cherries must all be evenly sized and the same color. They are grown in small greenhouses so that each cherry is monitored individually.

The 15 Most Expensive Chocolates In The World

The 19 Most Expensive Horse Breeds In The World

by ventured
Join the Conversation