Have you ever wondered how much it would cost to play a few notes on the world’s most expensive flutes?

While the flute is considered the oldest type of woodwind instrument, dating to 900 BC, flutes as we know them today didn’t make an appearance until 1847. Since that time, they’ve experienced many upgrades and improvements while keeping the classic style and function intact.

Today’s flutes are known for creating some of the most beautiful tones in symphonic and orchestral music, but their own unique sounds vary widely based on the materials used and the way they’re designed. Flutes made of precious metals, such as platinum and gold, generally produce the clearest, richest tones. They are also some of the more expensive instruments you can buy.

Enjoy our list of the 13 most expensive flutes in the world: 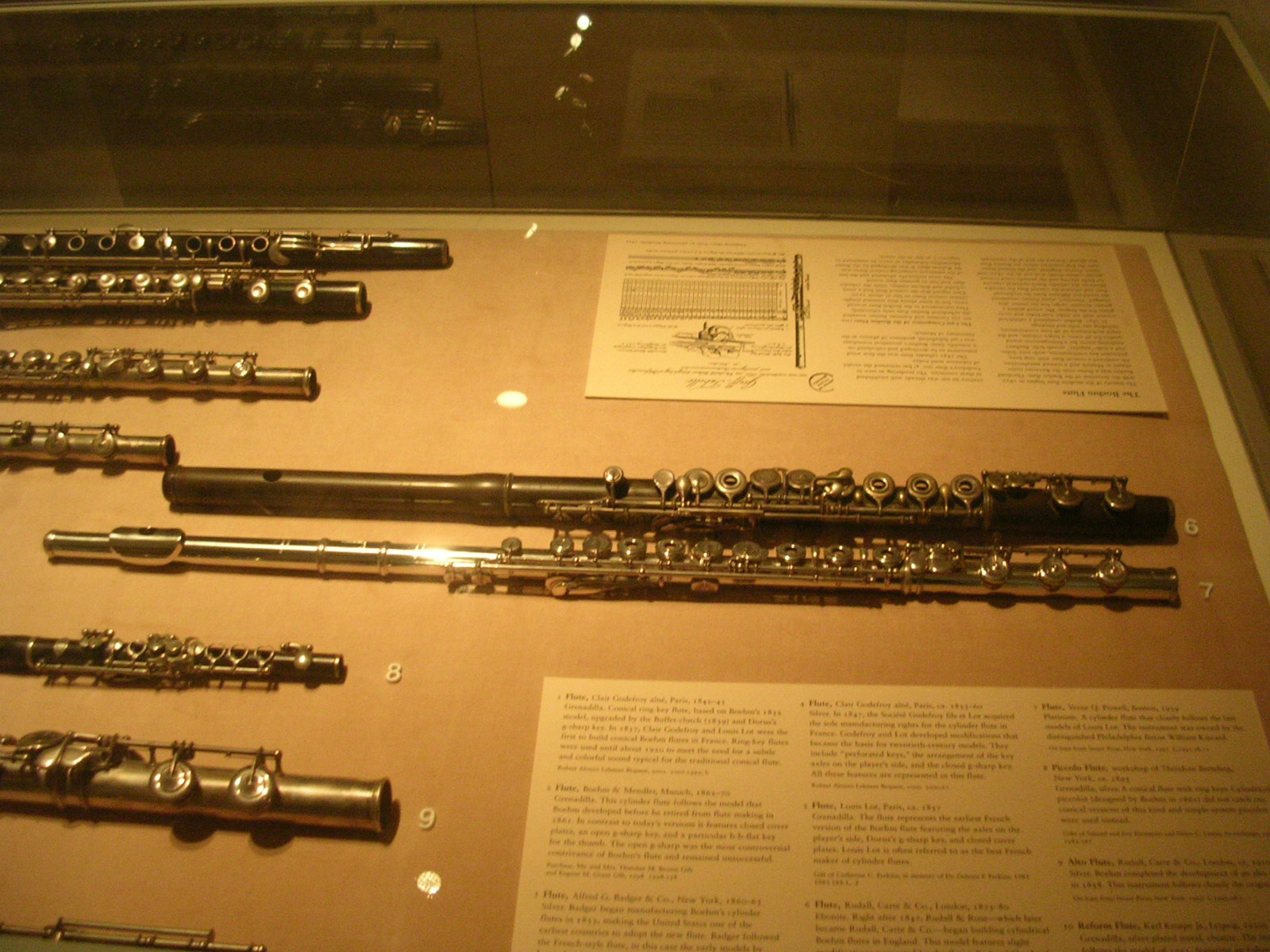 For one thing, this flute is made of thin-walled platinum with sterling silver keys. Made in 1939, it was originally displayed at the New York Fair, where it had to be guarded at all times.

Later, professional flutist William Kincaid bought the flute. Kincaid had already made a name for himself, and over the next 28 years, he used the flute during his career with the New York City Symphony Orchestra and the Philadelphia Symphony Orchestra. He’s considered by many to have been the patriarch of American flutists.

After Kincaid’s death in 1967, the flute passed to one of his students, Elaine Shaffer, who built an illustrious career of her own with the Kansas City Philharmonic, the Houston Symphony, and as a renowned soloist.

Nearly two decades later, the flute passed to author and collector Stuart Pivar for the highest price of any flute. It is now on loan at NYC’s Metropolitan Museum of Art. 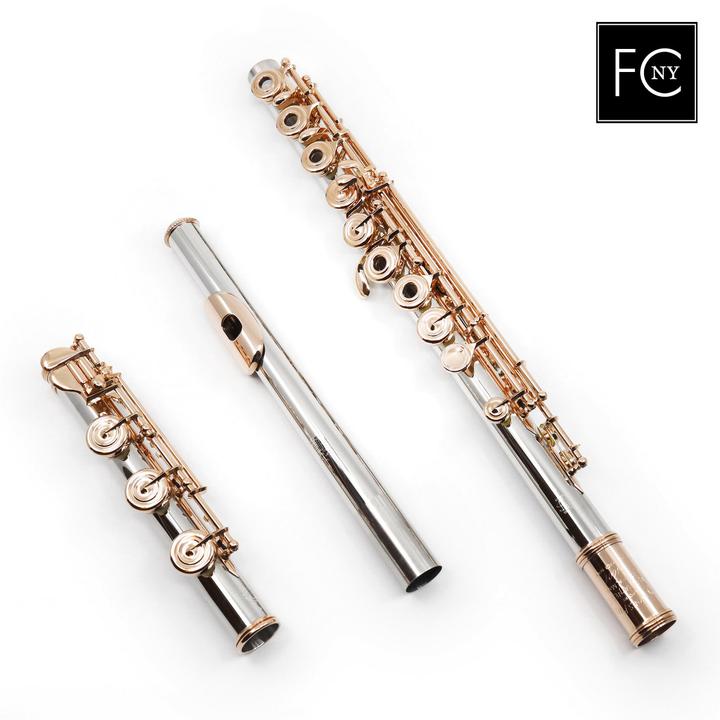 Featured in this YouTube video, the flute boasts an incredibly clear and powerful tone similar to what you would hear in professional performances or movie soundtracks. It reaches a level of superiority that even most premium flutes could only dream of.

So what’s so special about this flute? The platinum body is trimmed with 14K gold roller and lip, mechanism, tone holes, ribs, rings, and posts, as well as gold springs. The precious metals give this flute some extra weight as well as an extra value.

Though paying $84,000 for a flute is a huge investment, the Flute Center of New York does what they can to make your purchase a little safer. They offer free trials of all their instruments, free shipping on orders over $400, seven-day return policy on any purchase, and a 1-year service warranty. 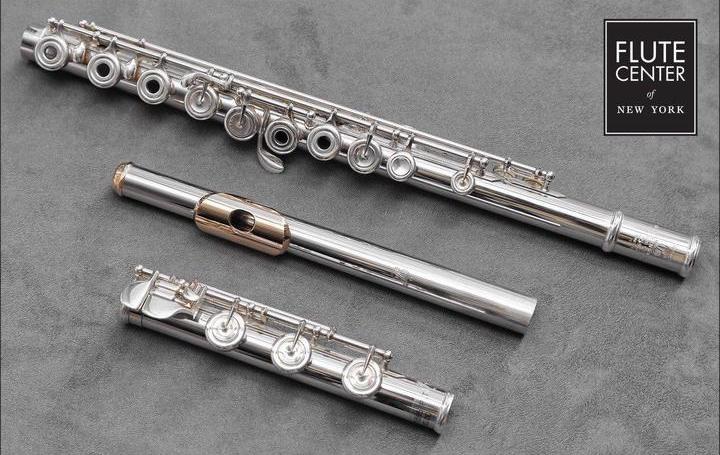 Another offering through the Flute Center of New York, this platinum flute offers several different customization options. The platinum body is offset by the 14K riser and lip plate and comes with white gold springs. You can choose between 14K gold and silver-tone holes, mechanism, rings, barrel, posts, and ribs.

This Brannen Brothers flute comes with .012″ tubing, but the gold parts can give it some extra weight. The flute is handmade in the USA.

This platinum-and-gold flute comes with customizable headjoints, foot joints, G key options, and tuning pitches. It also comes with various add-ons for an extra price: a split-E mechanism, C# trill key, and D# roller. All that to say, this is one fancy flute. You can have it made however you like.

The flute body is made of .012″ platinum with 10K yellow-gold mechanism, tone holes, ribs, posts, and rings, and white gold springs.

The various headjoint options give the player a multitude of tone styles to choose from. The Philharmonic cut offers a rich, crisp tone that’s perfect for orchestral performances. The soloist cut is versatile enough to handle soft passages or to fill the room with music. The Venti cut is deep and resonant over a three-octave range. And the Lumina cut offers the greatest flexibility for a number of performance types. 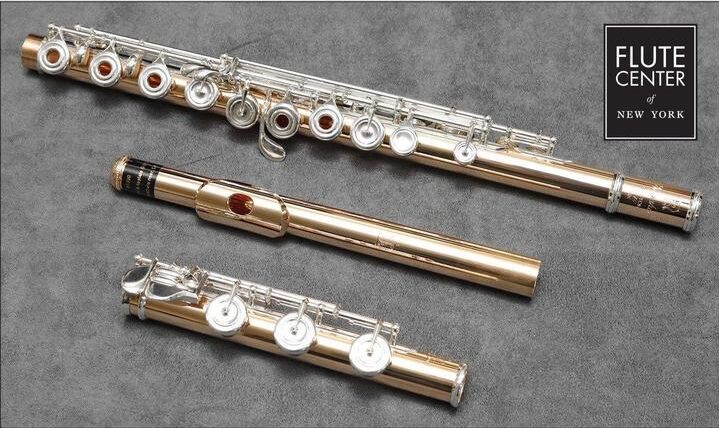 Gold flutes are awesome! This premium flute from Nagahara has a 20K body and headjoint with a 14K lip plate, riser, crown, mechanism, tone holes, ribs, posts, and rings. The solid gold flute definitely has some weight to it, but it produces a crisp, resonant sound professional flutists love.

This flute model has lots of customizations and add-ons so you can truly make it your own. Some of these customizations include sub-model styles, lip plate variations, wear-less mechanism options, extended riser, and high E options.

This is a premier performance flute that would also make a great collector’s item. 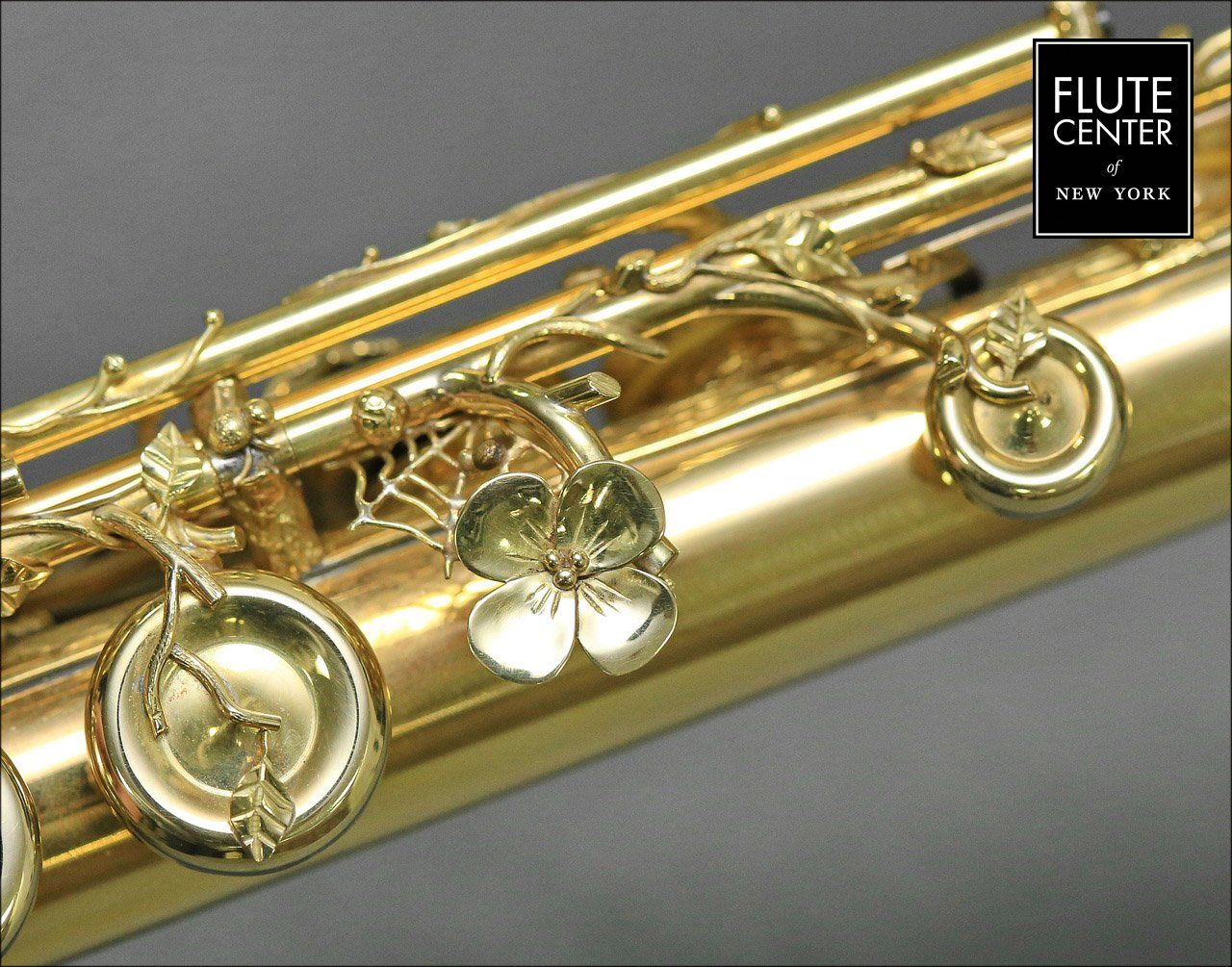 This preowned green-gold flute, nicknamed “The Dryad’s Touch,” is a one-of-a-kind work of art. The 18K green-gold body is intertwined with 14K leaves and vines that, aside from adding aesthetic uniqueness, also play a part in the mechanism.

The keys come with various designs and engravings of leaves, flowers, cobwebs, and even a turtle. The footjoint has a gold plate made to look like old parchment, which has the flute’s nickname and maker’s name engraved on it.

The only one of its kind, this nature-inspired flute looks like something you might see the Elves playing in The Lord of the Rings. 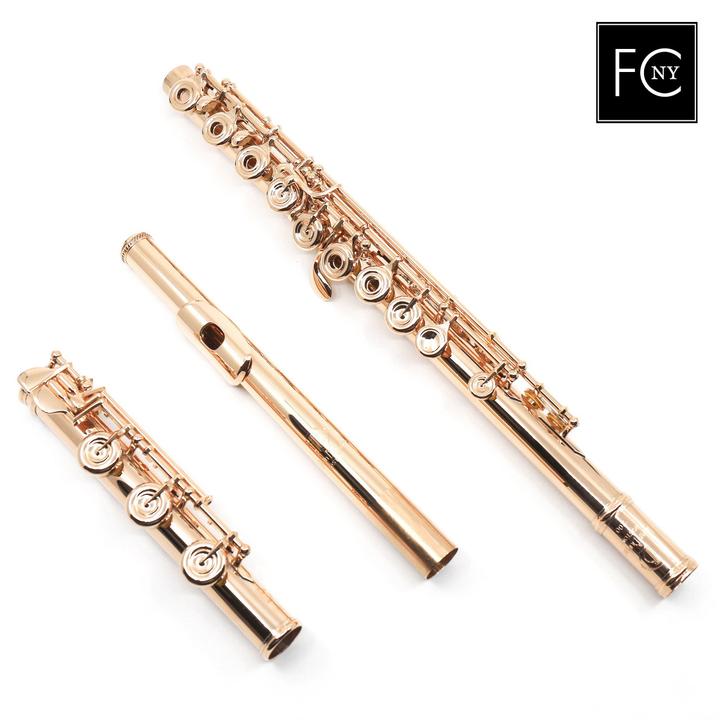 This flute is made of 14K rose gold and comes with many of the customizable features included with more pricey options, such as multiple headjoint and footjoint options, split E mechanism, C# trill, and D# roller.

In terms of quality and features, this flute competes with the best of this list and comes at a relatively smaller price tag. Not to mention, the rose gold offers a stunning contrast to the more common platinum and silver flutes. 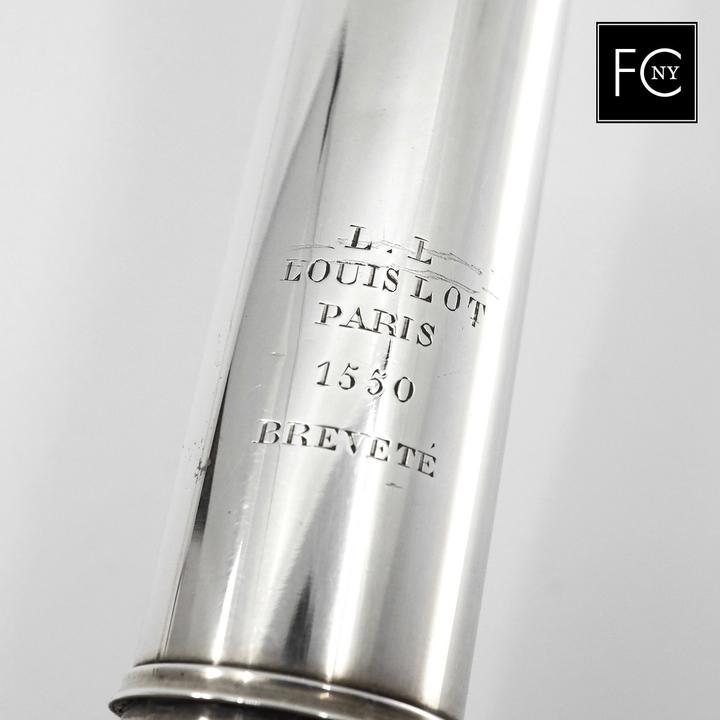 This original Louis Lot flute is made of high-quality silver. It comes with two separate headjoints, French-style open holes, and a low-B trill key. The flute is pre-owned but is available through the Flute Center of New York.

Like the Gibson Super Earl banjo, part of what makes this instrument so expensive is the name connected to it. Louis Lot was one of the first manufacturers of the modern-day flute. The silver he used was purer than sterling silver and gave his flutes a richer appearance. He also had a different method for making flutes that involved pounding a flat silver sheet around a mandrel, soldering the ends together, and drawing the tube to the correct length and smoothness.

This flute is a relic from the past. Boasting a classic design and appearance, it would make a great collector’s item. 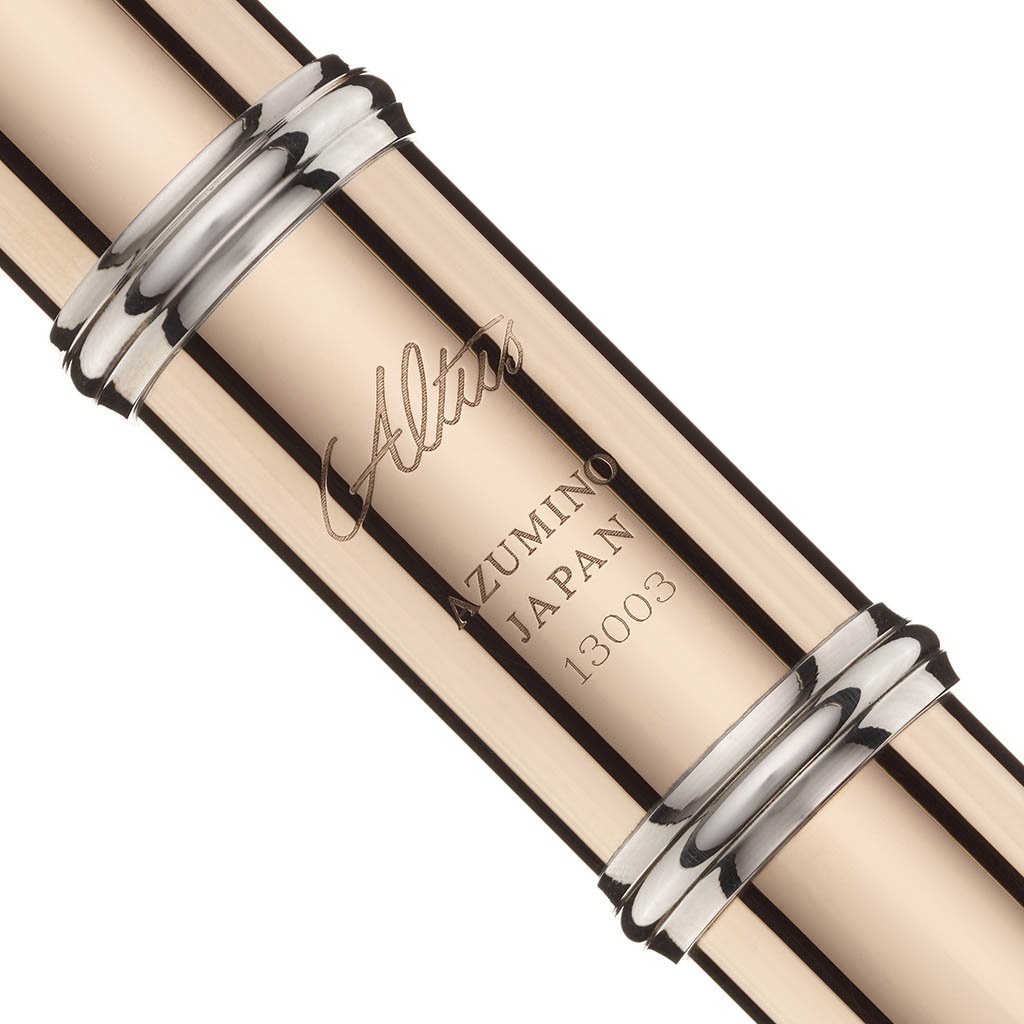 This line of professional handmade flutes is made of 14K gold with sterling silver trim pieces and mechanism. It features SP-1 springs, French-style keys, a gizmo key, D# roller, and soldered tone holes.

Though it’s not as widely customizable as some of the other flutes on this list, it does come in several distinct styles. With a dark, haunting tone, this flute holds its own across a range of professional uses. It is one of the best-quality flutes in its price range. 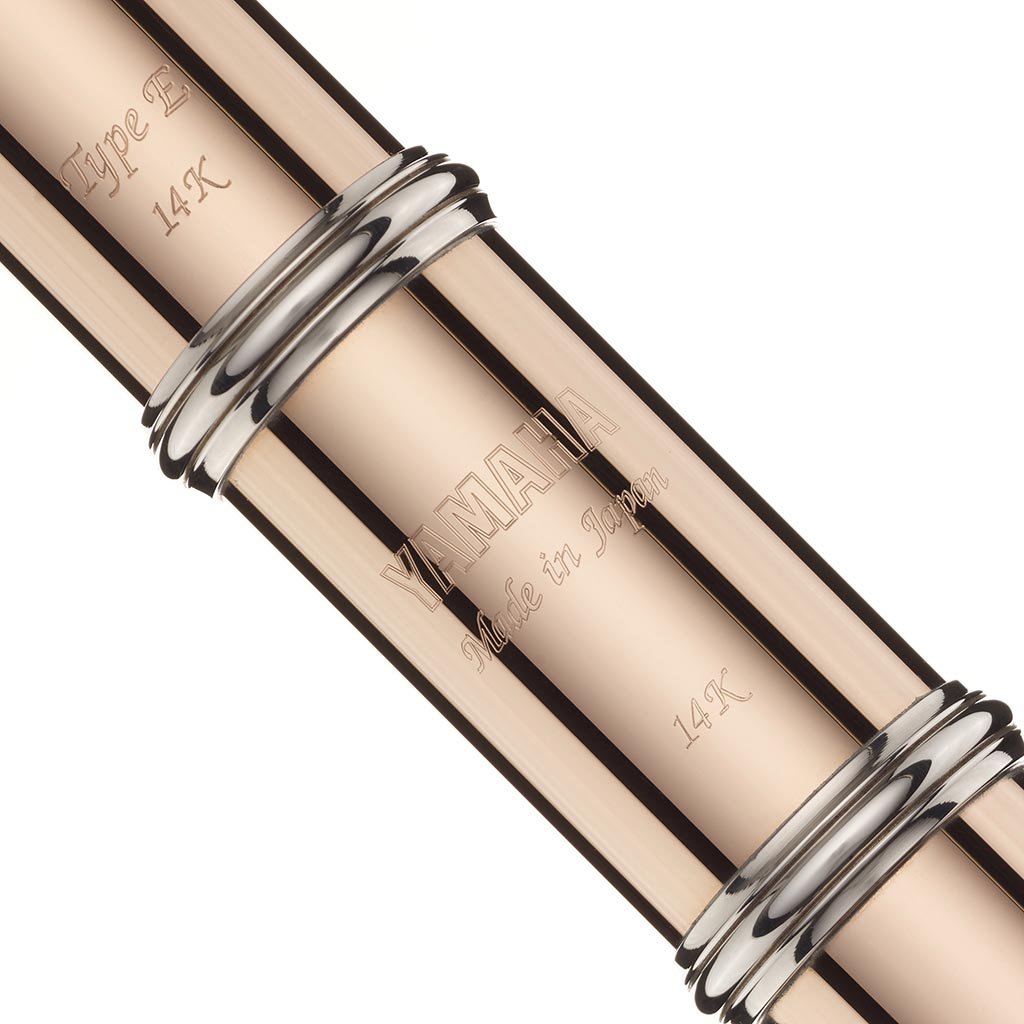 This rose-gold Yamaha flute is made of 14K gold and features French keys, an offset G-key, double-D roller, split-E mechanism, and a B footjoint with included C# and D# rollers.

Though still far beyond what most of us could ever hope to afford, this is another premium professional instrument. The silver trim pieces contrast nicely with the rose-gold to create a beautiful two-tone masterpiece. The brilliant sound is resonant enough to dazzle a concert hall full of listeners. 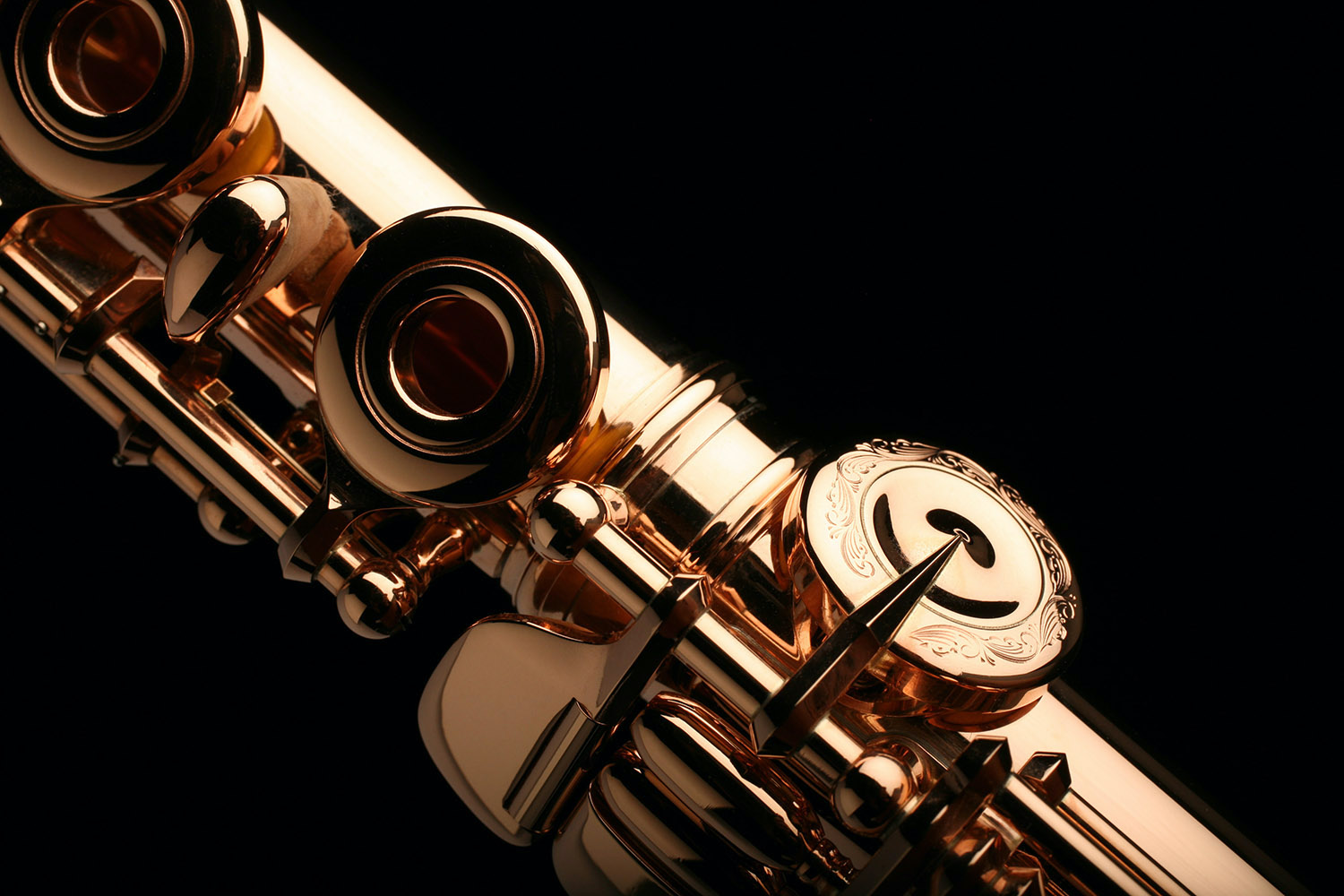 Muramatsu is known for producing some of the world’s most expensive flutes, and this silver-trimmed gold instrument is one of their top offerings. Featuring a unique, Tsubasa-style headjoint, this hand-cut flute is made of 14K gold with sterling silver trim.

This handmade Japanese flute doesn’t have a lot of customization options, but it comes with all the standard features and then some. It is all-around beautiful both in sound and appearance and is yet another superb option for professional flutists. 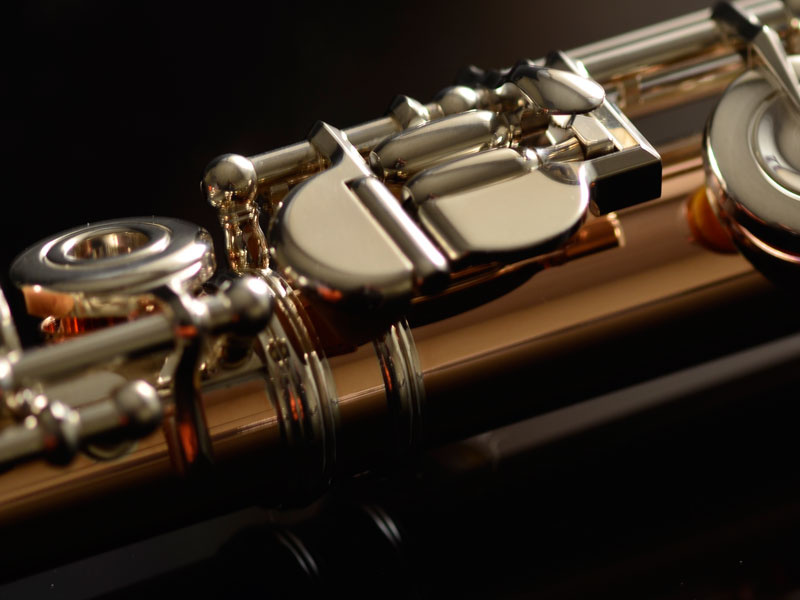 This Sankyo flute is a customizable instrument at a far less-expensive price tag than some of the premium American-made flutes listed above. Buyers can choose between three headjoint styles: the popular RT cut, the versatile ST cut, and the consistent FT cut. The 14K gold body and headjoint contrast nicely with the sterling silver mechanism and trim. 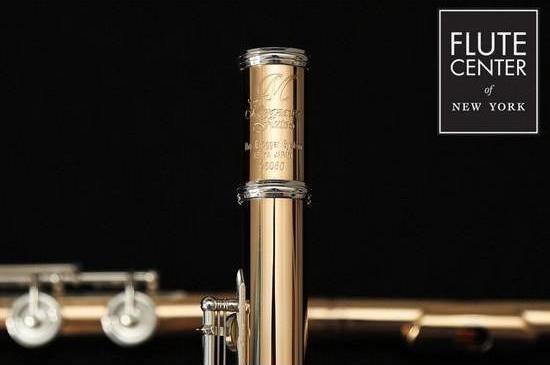 This is another customizable Japanese flute very similar to the Sankyo flute above. It comes with five different headjoint options, three traditional styles, and two contemporary styles, which allow for a variety of sounds and tonal variance. Its body and headjoint are 14K gold with sterling silver mechanism and trim. Customizable features include the G key option, 14K or platinum lip plates, G disc, split-E mechanism, C# trill key, and C# and D# rollers.

Of course, most of us can only wish and dream as we look through this list of premium flutes. Some of us may have the occasional pleasure of hearing such an instrument in a concert hall or a movie soundtrack. And it truly is a pleasure. Precious metals like gold, silver, and platinum make for exceptionally expensive flutes, but they also produce exceptionally rich tones.

Whether handmade, custom-built, or completely one-of-a-kind, the flutes on this list are the cream of the instrumental crop. While some may go to collectors or museums, each one of these flutes can be expected to produce resonant tones that will take your breath away.

The Money Behind Macarons: Industry Trends And Those Capitalizing

The 11 Most Expensive Teas In The World

Why Macarons Are So Expensive: Inside The Designer Dessert

by Rachel Sasser
Join the Conversation