Fast forward to 2019, and MartelTurnkey has a portfolio worth more than $11 million dollars. Here’s how he did it.

Antoine was inspired to get into real estate investing after attending a real estate seminar in the San Francisco Bay Area. Although Antoine was just 19 at the time and didn’t have any experience with real estate, he was intrigued by the money-making possibilities discussed at the event.

With a bankroll of only $40,000, Antoine searched out affordable markets where he might find a solid investment opportunity. The Bay Area’s exorbitant real estate market proved beyond his reach, so he began researching other metro areas.

He looked at factors like population growth, major employers in the area, and the city’s plans for future development. Ultimately, he found that Memphis ticked all the boxes.

Next, he built a team of “boots on the ground.” He found some local real estate agents on Zillow and interviewed hundreds of them until he found the right agent for the job. He explained what kind of property he was looking for and his price range, including the cost for the rehab.

After finding an agent that would work with him, Antoine needed to find a trustworthy contractor who would actually do the rehab work. He relied on recommendations from his network as well as reviews on HomeAdvisor and Angie’s List.

A week or so later, he found a single-family home in Memphis that fit all his criteria. Thanks to the Realtor he was working with, Antoine was able to determine that the ARV (After Repair Value) of the property was going to make this deal profitable.

This was Antoine’s first real estate investment, and he knew if this one didn’t turn well, it would severely set back his future goals. He put the time in to verify everything the real estate agent had advised him on. When he was ready, he put an offer in on the house, negotiated with the seller, and put the house under contract.

While Antoine had the home under contract, he had a few of the contractors he was talking to go and visit the property. The contractors provided an estimate to renovate the property to get it to the quality that Antoine and the property management company were looking for.

Once the bids came back, Antoine reviewed them and chose the best contractor for the job. With all the numbers in line with Antoine’s estimation, the property was purchased.

The next stage—rehabbing the property—seemed intimidating. But it turned out to be surprisingly manageable, even though Antoine was working long distance from his home in California. He was in frequent contact with his local team to ensure the rehab was done according to his vision, within budget, and within the timeframe of two to three weeks.

His real estate agent kept him updated with photos taken during weekly site visits. Antoine had already made sure he worked with a team of people he could trust. The rest was oversight and management.

Three weeks after Antoine closed on the house, it was ready to rent out. With the help of his management team, he signed a tenant and began cash flowing on the property.

The next step is what helped Antoine skyrocket his initial $40,000 investment into a $4.5 million dollar real estate empire.

Following the BRRRR strategy (buy, rehab, rent, refinance, repeat), Antoine refinanced the property, which allowed him to pull out all the money he had in the property. The bank sent him a check, which Antoine would subsequently reinvest.

With that first property under his belt, Antoine started searching for his next opportunity. He decided to stay within the same Memphis zip code, where they already had one rental. Doing the research once before, he knew it had the right characteristics of an economically viable area.

Once he found the right property, he put it under contract, had his contractor write up an estimate, and quickly closed after all the numbers worked. When this rehab was done and a tenant in place, he continued following the BRRRR steps again. He took out the equity in this second property to finance a third purchase.

By the time he graduated from college, Antoine had owned a grand total of five cash flowing investment properties in Memphis. He had already become a successful real estate entrepreneur.

At this point, news of Antoine’s expertise had made the rounds in his circle of family and friends. Extended family members and friends began reaching out to see how he could help them create passive income from out of state.

Over the course of the following year, he helped dozens of friends and family members get started on the road toward financial freedom through passive income.

A short while later, MartelTurnkey.com was created, where anyone can buy turnkey rental properties and earn passive rental income. The concept took off, and by the time Antoine was 23 years old, his company had grown to over $8 million in annual revenue.

MartelTurnkey now buys and sells at least eight single-family houses a month and is on track to sell between $8 to $10 million of cash flowing rental properties by the end of 2020.

MartelTurnkey has grown so massive that the company has scaled up to multi-family properties. These apartment buildings, four-plexes, and duplexes are found in viable markets across the United States. Under Antoine’s leadership, MartelTurnkey identifies the potential in these multi-family units, oversees rehab and renovation work, and fills tenant vacancies as needed with rents that match neighboring communities.

These larger projects take up more time, money, and effort, but the results are well worth it. Not only has Antoine been able to grow the company to this level, but his work has been a critical factor in cleaning up neighborhoods in the areas where his company invests.

Teaching Others To BRRRR

Antoine Martel now teaches at investor groups and real estate Meetups in and around his home in Southern California and in cities where his company invests. His insight and practical approach to seemingly complex real estate investments make him a much sought after speaker.

Antoine Martel is the author of “A Millennial’s Guide to Investing in Cash Flowing Rental Properties,” in which he divulges the exact steps anyone can take to make money with out of state rental properties.

Antoine also shares his vast knowledge and experience through his popular podcast, “A Millennial’s Guide to Real Estate Investing With Antoine Martel,” available on iTunes and other podcast outlets. His massive numbers of Instagram followers indicate just how much Antoine is influencing fellow millennials and others who are seeking passive income through turnkey rentals.

Antoine’s success story didn’t take place overnight, but it did happen in an astoundingly short time. Just three short years ago, Antoine was a senior in college, learning from others. Now, he’s the owner of a multi-million dollar company with unlimited potential for growth. His story embodies the very definition of success~

Guest Contributor Kate Supino. Kate is a freelance writer and author. Her work has appeared on a wide variety of national platforms. Kate specializes in profile pieces for entrepreneurs and professionals in a range of industries. You can contact her at [email protected] 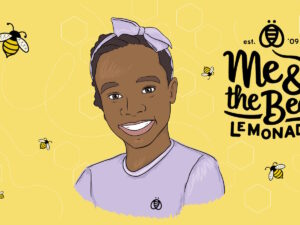 These Women Entrepreneurs Are Breaking Down Barriers